President-elect Joe Biden and his wife, Jill, will be getting their first dose of the coronavirus vaccine on December 21.

Vice President-elect Kamala Harris and her husband, Doug Emhoff, will receive their doses the week after next.

The announcement was made on December 18, hours after Vice-President Mike Pence and House Speaker Nancy Pelosi became the highest-ranking government officials to receive their first doses of a vaccine that could eventually put an end to the raging coronavirus pandemic.

Ms. Psaki told reporters that Mr. Biden would be receiving the shot in public, as Mr. Pence did on December 18.

She said the Bidens would also be thanking workers at the Delaware medical facility where they will receive their injections. 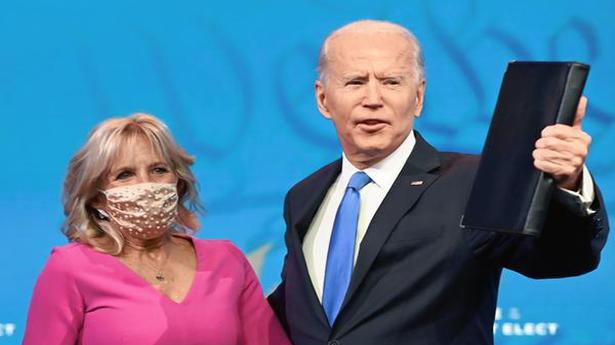