A group of 60 lawmakers have urged US President-elect Joe Biden to revoke a policy introduced by the Donald Trump administration and extend the validity of work authorisation documents for H4 visa holders, who are spouses individuals with H-1B visas. A majority of the H4 visa holders are high-skilled Indian women.

H4 visas are issued by the US Citizenship and Immigration Services (USCIS to immediate family members — spouse and children under 21 years of age — of the H-1B visa holders, majority of whom are Indian IT professionals.

These visas are normally issued to those who have already started the process of seeking employment-based lawful permanent resident status.

“We respectfully request that the Department of Homeland Security publish a Federal Register notice on day one of your administration that would extend the validity period of all expired H4 EADs,” the members of the US House of Representatives wrote to Biden in a recent letter.

Joe Biden is scheduled to be inaugurated as the 46th US President on January 20, 2021.

It was back in 2015 that the Department of Homeland Security (DHS issued a rule allowed certain H4 dependent spouses of H-1B visa holders to legally seek employment in the US, according to the letter.

This rule presented an important step towards rectifying gender disparities in our immigration system, as around 95 per cent of H4 visa holders who have secured work authorisations are women, it added.

However, after coming to power, the Donald Trump administration informed a US court that it plans to rescind the rule.

“Before the rule was granted, many women on H4 visas described depression and isolation in moving to a new country and not being allowed to work outside of the home. Unfortunately, these women are losing and will continue to lose their jobs until this is put right, disrung the lives of their families and the functioning of employers in our districts,” the letter said.

Some of the US lawmakers who signed the letter include Indian-American congressmen, Dr Ami Bera, Ro Khanna, Raja Krishnamoorthi and Pramila Jayapal. The other key signatories are congresswomen Bonnie Watson Coleman, Rashida Talib, Barbara Lee and Judy Chu.

In the letter to Biden, the lawmakers said that once an H-1B visa holder is sponsored for employment-based lawful permanent resident (LPR status or Green Card, his or her H4 visa-holding spouse may apply for work authorisation as well.

“This rule presented an important step towards rectifying gender disparities in our immigration system as around 95 per cent of H4 visa holders who have secured work authorisation are women,” the lawmakers said. “We are confident that your incoming Secretary of the Department of Homeland Security will rectify the systemic processing issues that have been created by the Trump Administration,” the lawmakers wrote. 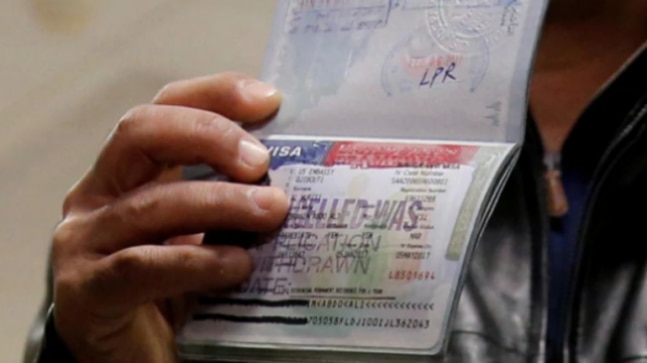