Kathmandu: India and Nepal are inching closer to finalize the regulatory modality for allowing Nepali power producers access to Indian power market which will provide an outlet for Nepal’s surplus power in the coming months, the Indian embassy said on Friday (December 11).

Issuing a statement, the embassy said the power/energy secretaries of India and Nepal co-chaired the 8th meeting of Joint Steering Committee (JSC) on cooperation in the Power sector that was held through video conference.

Sanjiv Nandan Sahai, Power Secretary, India was accompanied by Indian Ambassador, Vinay Mohan Kwatra and a 17 member delegation drawn from various ministries and public sector undertakings of Indian government including NHPC Limited, NTPC Limited and the Indian Embassy in Kathmandu, while his counterpart, Dinesh Kumar Ghimire, Secretary (Energy) of Nepal was assisted by representatives of various Ministries and Departments of Government of Nepal.

The Indian government as well as Nepal have been coordinating closely in recent years in the field of power and energy. Both nations have made considerably mentionable progress in the last five years. Completion of South Asia’s first cross border 400 KV transmission line at Muzaffarpur-Dhalkebar; agreement on funding modality for Gorakhpur-Butwal 400 KV line for which the construction is expected to commence soon and brisk progress on 900 MW Arun-III Hydro Electric Project are some of the projects mentioned in the release.

At Friday`s meeting, both sides reaffirmed their commitment to further strengthening the power sector cooperation, including the development of an integrated grid, the building of more cross border transmission lines, as required, as well as investing in Nepal`s hydro and solar power projects. 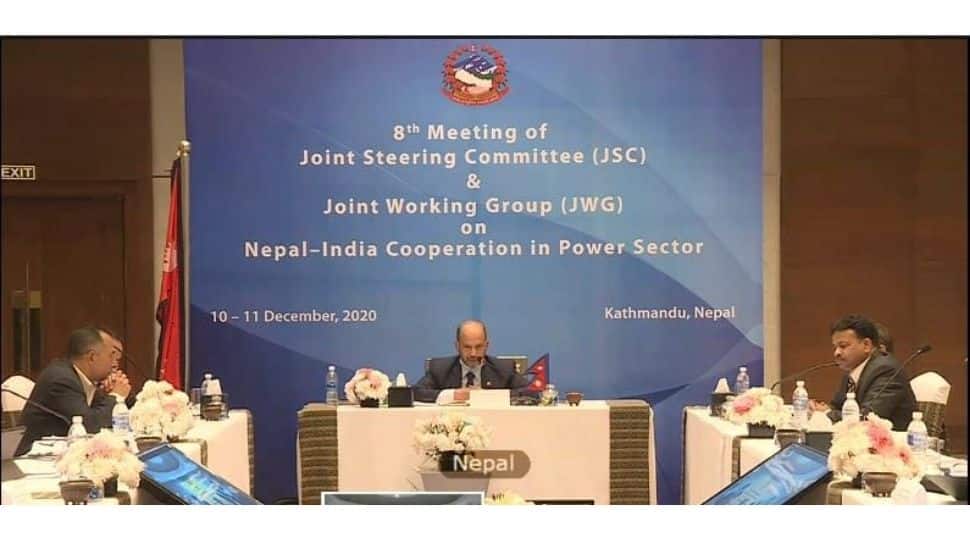