New Delhi: Indian Prime Minister Narendra Modi spoke about Afghanistan and counter-terror at the India-Uzbekistan virtual summit, the first such summit with any central Asian country. On the issue of “terrorism, extremism, and radicalism”, PM Modi said, “we have similar concerns” and similar views on “regional security situation”.

Mentioning the ongoing situation in Afghanistan, he said, “it should be afghan led afghan owned Afghan controlled and gains of last 2 decades should be preserved”

Both India and Uzbekistan have been involved in the Afghan Peace process, with a focus on connectivity with the country. India via the Chabahar port in Iran and the India Afghanistan air corridor and Uzbekistan via a planned rail project connecting the 2 countries.

PM said, as civilizations, “we have to connect to each other” and a lot of “similarities in our approaches” leading to strong ties.

India and Uzbekistan have been engaging under various formats including India Central Asia Dialogue at the foreign minister’s level. Under the line of credit announced by India during the virtual FMs meet earlier this year, a number of projects are being mulled in the country. PM said, ” India will provide expertise in according to country’s development needs” like in infrastructure, IT, training, capacity building, education, health.
India’s western Gujarat state and Uzbekistan’s Andijan already have cooperation and now the focus is on cooperation between the Haryana and Fergana.

Uzbek President Shavkat Mirziyoyev at the summit said, “you are a reliable and close friend…and the summit has confirmed the highest level of India and Uzbekistan strategic partnership” and thanked India for support amidst the covid pandemic.

Indian Prime Minister had visited the doubly landlocked central Asian country in 2015 and 2016, followed by visits of Uzbek President Mirziyoyev to India in 2018 and 2019. 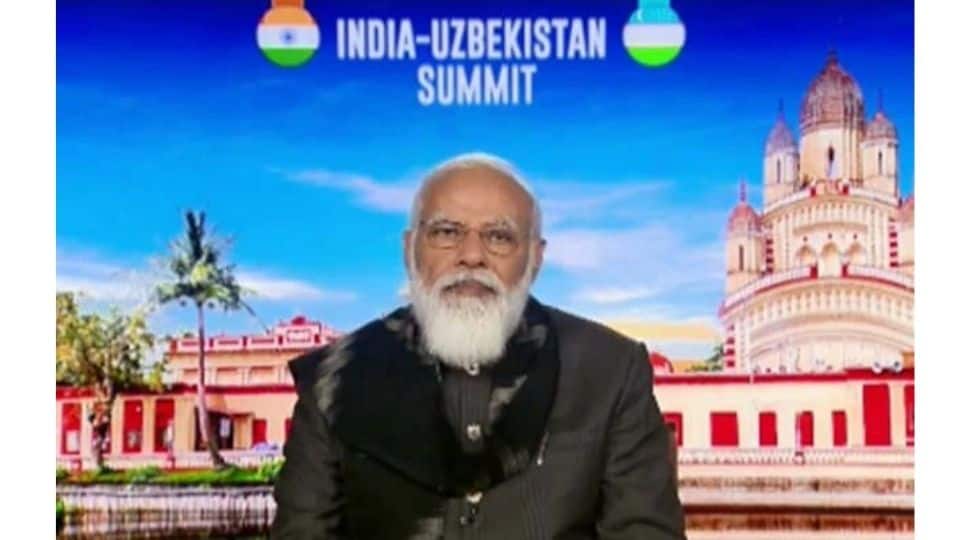