The southern German region of Bavaria, which has so far recorded the country’s highest coronavirus death toll, will impose a tougher lockdown from Wednesday until January 5, state premier Markus Soeder said on Monday (December 7), adding that every 20 minutes, someone in Bavaria dies from the disease.

People in Bavaria will only be able to leave their homes with good reason although some rules will be relaxed for Christmas, however not for New Year celebrations.

While Germany brought the pandemic under control in March and April, it is now dealing with a more deadly second wave and imposed a “lockdown light” at the start of November, closing restaurants and bars and limiting public gatherings.

Regen district and the town of Regen near the Czech border meanwhile have become Germany’s newest coronavirus hotspot with a daily incidence of more than 500 cases.

One elderly woman in Regen’s town centre blamed the young on the increase in numbers, claiming they did not respect the rules. A man who gave his name as Guenther Hackl said the border to the Czech Republic, some 10km away should be closed.  “I was there four weeks ago and face masks don’t interest them too much,” he said.

Angela Merkel told party colleagues that existing lockdown measures – with bars and restaurants closed and shops admitting limited numbers – were too little to get the virus under control.

“The situation is getting very serious: these measures will not be enough to get us through the winter,” participants said she had told a meeting of her conservative bloc`s legislators.

Daily infections are no longer rising as sharply as previously in Germany, Europe`s largest economy, but they have stagnated at a high level and the highest single-day coronavirus death toll yet was reported last Wednesday.

Although vaccines that are expected to help contain the pandemic are on their way, available doses are limited, meaning that only certain groups, notably the very elderly, can expect to be inoculated during the winter, an expert panel ruled on Monday.

According to the data from the Robert Koch Institute for infectious diseases, the number of confirmed cases rose by 12,332 in the past 24 hours to 1,183,655. The reported death toll rose 147 to 18,919 – still well below that of large European peers such as Spain, France, and Italy. 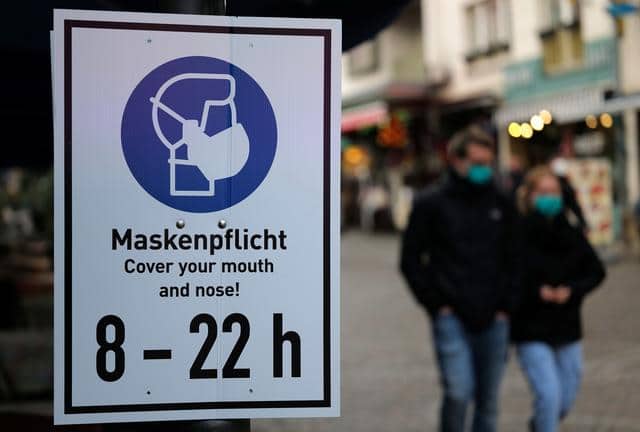