U.S. President-elect Joe Biden’s pick of Neera Tanden, president and CEO of the Center for American Progress (CAP), for Director, Office of Management and Budget, became embroiled in controversy almost as soon as it was announced. This was primarily because Ms. Tanden, known to be an outspoken advocate of the political values and policies of the Democratic Party, had on several past occasions lashed out on Twitter, principally at Senate Republicans but also some on the left wing of the Democratic Party. She appeared to make a pre-emptive strike on further controversy when she deleted roughly 1,000 past tweets.

So, what have some of her tweets said, that they have caused such a sense of outrage? On the one hand, Ms. Tanden appeared to have a no-holds-barred approach to criticising Republicans on specific policy issues, such as in one deleted tweet where she said, “The Republican party is gleefully supporting an alleged child molester. And everyone who gives money to the RNC is doing the same,” a reference to Republicans’ support of Roy Moore, accused by several women of sexual assault, as a Senate candidate an Alabama election. Similarly, another deleted tweet dating back to August 2018 said, “Trump just called a black woman a dog and about 80% of the GOP don’t think he’s racist.” She also referred to Senate Majority leader Mitch McConnell as “Moscow Mitch.”

However, Ms. Tanden’s tweets have raised such a furore also because they do not spare the left wing of the Democratic Party either, including supporters of Senator Bernie Sanders, the self-proclaimed “Democratic socialist”. A little more than a year ago, through the presidential primary campaign, Mr. Sanders shot off a letter to the CAP, accusing Ms. Tanden of “maligning my staff and supporters and belittling progressive ideas”.

READ  One year on, Wuhan market at epicentre of virus outbreak remains barricaded and empty

U.S. media reported years ago Ms. Tanden allegedly “punched” Mr. Sanders’ 2020 campaign manager, “in the chest” — an assertion that she denies, but reportedly admits she may have pushed him. She is also said to have described as “crazy leftists” people who supported a minimum wage of $15, one of Mr. Sanders’ top policy priorities.

Unsurprisingly then, a number of Republicans have expressed scepticism about confirming her nomination to a role that will empower her to direct the production of the annual Budget and influence appropriations legislation that sets annual spending levels for the federal government.

The key question is the extent to which having a cage-rattler of the Tanden variety will be beneficial to the incoming Biden administration, at a time when 73 million people voted for incumbent President Donald Trump, and partisan bitterness has deeply polarised the politics of Washington.

In one sense, Ms. Tanden represents the typical multicultural background of the aspiring Democrat of the next generation. She came from humble beginnings, born to immigrants from India. When she was around five years of age, her parents got divorced and her mother had to rely on food stamps and government-subsidised housing to survive. It was from the politics and policies of the Clintons that she apparently derived her passion to serve the public, and the values that underpinned that drive.

Armed with a Bachelor of Science from the University of California, and a law degree from Yale Law School, Ms. Tanden’s career soon soared as she became an Associate Director for domestic policy in former President Bill Clinton’s White House and as a senior policy adviser to the First Lady. She earned her spurs in the highest echelons of Democratic Party firmament when she became the director of domestic policy for the Obama-Biden presidential campaign of 2008. That led to her role as a senior adviser for health reform at the U.S. Department of Health and Human Services, an opportunity to contribute to the development and passage of former President Barack Obama’s seminal legislative policy — the Affordable Care Act.

If her nomination is confirmed, Ms. Tanden could continue to shine as one of the Democratic Party’s most prominent rising stars. However, her style of engagement with opponents and allies alike may require moderation if she is to survive the vicissitudes of Washington politics. 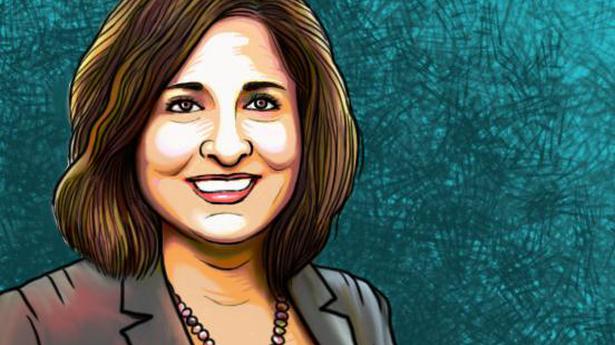