India on Wednesday hit out at Pakistan for transferring the management of the Sikh shrine Kartarpur Sahib Gurudwara and violating a United Nations General Assembly resolution, reported .

Pakistan had transferred the management and maintenance of the Kartarpur Sahib in November from the Pakistan Sikh Gurdwara Parbandhak Committee, a body run by the minority Sikh community, to the administrative control of the Evacuee Trust Property Board, a non-Sikh body. India had summoned the Charge d’ Affaires of Pakistan High Commission and lodged its strong protest over the country’s decision. The external affairs ministry had also asked Pakistan to reverse its “arbitrary decision” and ensure welfare of the minority communities.

Speaking at the 75th Session of the UN General Assembly, Sharma said that there can be a genuine culture of peace in South Asia if Pakistan would change its current “culture of hatred” against Indian religions and also stop its support to cross-border terrorism. “Till then we will only be a mute witness to Pakistan driving away their minorities by threat, coercion, conversion and killing,” he said. “Even people of the same religion are not spared due to encouragement given to sectarian killing.”

In a historic people-to-people initiative last year in November, both countries opened a border crossing linking Dera Baba Sahib in Gurdaspur in India with Gurdwara Kartarpur Sahib in Pakistan. Kartarpur Gurdwara is located in Pakistan’s Narowal district across the river Ravi, about four km from the Dera Baba Nanak shrine. It is the final resting place of Sikh faith’s founder Guru Nanak Dev, who had spent the last 18 years of his life in Kartarpur.

The UN General Assembly had adopted a resolution, “Promotion of interreligious and intercultural dialogue, understanding and cooperation for peace” in December 2019 welcoming the initiative. 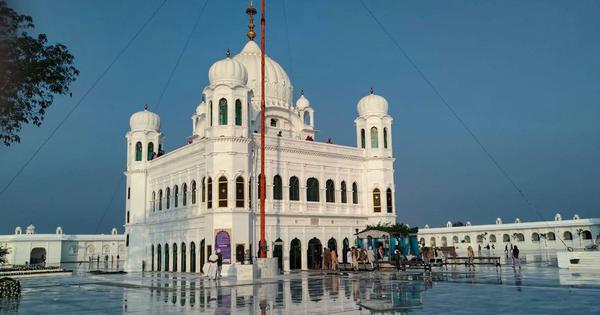