Canadian Prime Minister Justin Trudeau on Tuesday spoke in support of the farmers’ protest in Delhi against the Centre’s farm laws, saying that his country will always defend the rights of peaceful protestors.

“The situation [from the protest] is concerning,” he said at an online event to mark the birth anniversary of Guru Nanak. “We’re all very worried about family and friends. We know that’s a reality for many of you. Let me remind you, Canada will always be there to defend the rights of peaceful protestors.”

Trudeau, the first world leader to comment publicly on the ongoing protests, said that he believes in the process of dialogue. “We have reached out through multiple means to the Indian authorities to highlight our concerns,” he said.

The prime minister also highlighted the teachings of Guru Nanak, saying that they are “Canadian values” as well. “Canada is one where we layer on different levels of identity, [build] connections and learn from each other,” he said. “I think of what the Sikh community has brought to Canada over many, many decades.”

Meanwhile, Canadian MP Tim S Uppal said that Sikhs across Canada and around the world are thinking of and praying for India’s farmers who are peacefully protesting. “Shockingly, along the way, these peaceful protestors were met with blockades, water cannons, batons and tear gas,” he said at the Canadian Parliament. “But they persisted peacefully. In fact, they provided food and water to the same security forces that were attacking them.” Uppal also urged the Indian government to hear out the protestors as “no farmer [equals] no food”.

Thousands of farmers from several states in India, especially Punjab and Haryana, have stayed outside Delhi for five days now, demonstrating against the Centre’s agriculture laws.

The Centre has invited the protestors to hold talks but the farmers are yet to announce if they will accept the invitation. Joint Secretary of Punjab Kisan Sangarsh Committee in Delhi Sukhvinder S Sabhran has claimed that the Centre only invited 32 farmers’ groups for talks when there are more than 500 such groups in the country, adding that they will not attend the meeting till all the groups are called.

The farmers had to brave tear gases and water cannons on their march to enter Delhi as the police refused them entry. Eventually, they were allowed to enter the Capital and were designated a protest site not to their liking, many chose to camp at the Delhi border, especially at the Tikri and Singhu border crossings.

Prime Minister Narendra Modi has accused the Opposition of spreading rumours and creating doubts in the minds of farmers about the benefits of the new agriculture laws. Haryana Chief Minister Manohar Lal Khattar and Bharatiya Janata Party’s Information Technology Cell head Amit Malviya have alleged that the protests had “Khalistani” links. However, neither could provide evidence for their allegations.

The farmers are protesting against the three ordinances – Farmers Produce Trade and Commerce (Promotion & Facilitation Ordinance 2020, The Farmers (Empowerment & Protection Assurance and Farm Service Ordinance 2020 and The Essential Commodities (Amendment Ordinance 2020 – that were passed in September. They were signed into laws by President Ram Nath Kovind on September 27.

Farmers and traders have alleged that the government wants to discontinue the minimum support price regime in the name of reforms. They fear that the laws will leave them at the mercy of corporate powers. The government has maintained that farm laws will bring farmers better opportunities and usher in new technologies in agriculture. 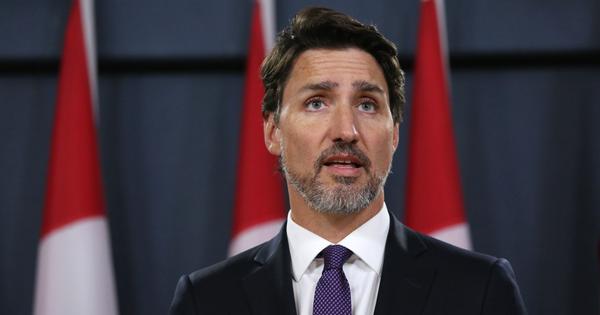