China’s President Xi Jinping on Thursday spurned suggestions that his country might decouple or separate itself from the U.S. and other trading partners, amid tension with Washington and Europe over technology and security.

Speaking by video link from Beijing to a meeting of Asia-Pacific CEOs, Xi promised to open China’s market wider but announced no initiatives to respond to complaints the ruling Communist Party improperly subsidises and shields technology and other industries from foreign competitors.

The ruling Communist Party has promoted its own standards for mobile phones and other technology, which would encourage customers that adopt them to use Chinese suppliers.

We will never go back in history by seeking to decouple or forming a ‘small circle’ to keep others out,” Xi said.

Thursday’s event came ahead of a meeting of Asia-Pacific Economic Cooperation leaders hosted by Malaysia.

The meeting Friday is due to be conducted via internet due to the pandemic.

The Chinese-initiated RCEP appeals to other developing countries because it reduces barriers to trade in farm goods, manufactured goods and components, which make up most of their exports.

It says little about trade in services and access for companies to operate in each other’s economies, which the United States and other developed countries want.

The Trump administration has cut off Chinese tech giant Huawei’s access to most US components and technology on security grounds.

Washington has shut Huawei and a rival Chinese telecom equipment vendor, ZTE, out of the U.S. market.

The White House is pressing the Chinese owner of video service TikTok to sell its U.S. operation, which American officials say is a security risk.

Xi promised to cut tariffs but gave no details.

We will further reduce tariffs and institutional costs, cultivate a number of import trade promotion innovation demonstration zones, and expand imports of high-quality products and services from various countries,” he said.

China’s repeated promises to set up trade zones and ease import restrictions prompt complaints by the United States, Europe, Japan and other trading partners that Beijing is using such isolated steps to avoid complying with promises made when it joined the World Trade Organization in 2001 to allow foreign companies to compete freely in its economy.

China is one of the world’s biggest importers, but the United States and other governments complain Beijing is dragging its feet on carrying out two-decade-old promises to open its markets to foreign competitors in banking, finance and other services. 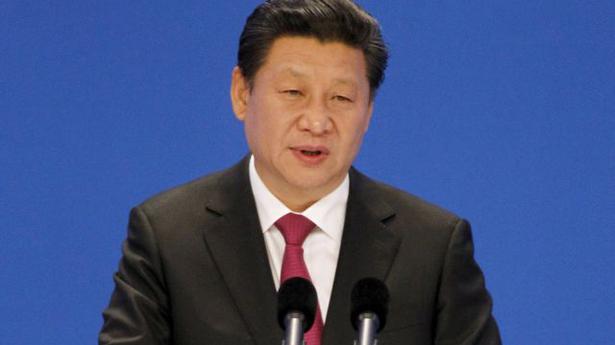