The chief executive of German firm BioNTech, which has developed a coronavirus vaccine candidate with American pharmaceutical giant Pfizer, on Wednesday said that the companies could get emergency use authorisation in the United States and Europe in December, Reuters reported.

“If all goes well, I could imagine that we gain approval in the second half of December and start deliveries before Christmas, but really only if all goes positively,” Ugur Sahin said.

Sahin told CNN that the firms will seek emergency approval from US on Friday itself. He expressed hope that the coronavirus may be brought under control by the middle of 2021, if everything goes according to the companies’ plans. “Depending on how fast this [review] is really accomplished, we might get an authorization, or conditional approval already in 2020 which might help us start distribution of the first vaccine batches already in 2020,” Sahin said.

The executive’s remarks came after Pfizer and BioNTech announced that their vaccine candidate had shown 95% efficacy in phase three trials.

Drug manufacturer Moderna had also announced earlier this week that its vaccine candidate had proven to be 94.5% effective against the virus during its phase three trials. Pfizer, AstraZeneca and Moderna are among the front-runners in the global race to produce a vaccine to fight the infection.

Pfizer’s vaccine must be shipped and stored at freezing temperatures of -70 degrees Celsius from the moment they are bottled to the time they are ready to be injected. The storage demand may be a challenge for countries like India.

The Union health ministry had also said on Tuesday that the cold-chain requirements of Pfizer’s coronavirus vaccine posed a big challenge to India’s mass-vaccination campaign, but the government is examining all possibilities for its procurement.

India has not signed a deal for a coronavirus vaccine yet so it is unclear when it will be available for use in the country, despite some leaders promising it will be available from as early as January. Availability of the vaccine in India will be subject to approval by domestic regulators, and the Indian government agreeing to purchase them. So far, many other nations including the United States, United Kingdom, the European Union, Australia and Israel have made deals to buy millions of doses of the vaccines. 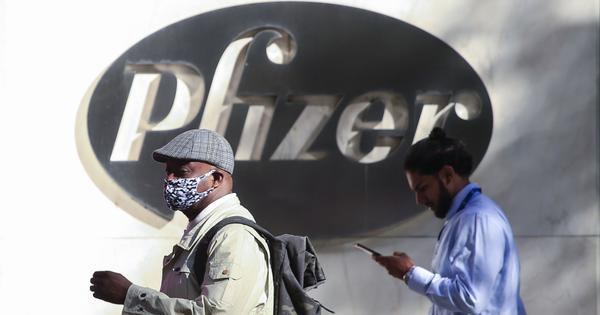