Tirumurti spoke about how the Intergovernmental Negotiations framework, which is a group of nation-states working to bring about reforms within the UN Security Council, had not achieved anything substantial. “Inside the IGN, nothing has moved for more than a decade except hearing passionate statements on the need for reform,” he said.

The ambassador added: “IGN has become like a platform for debate in a University rather than a serious resulted-oriented process in the United Nations consisting of sovereign Member States.”

Without taking names, Tirumurti said that a “handful of countries” were stopping the Intergovernmental Negotiations framework from progressing. “They are using the IGN as a smoke-screen to stop themselves from being identified by paying lip-service to Security Council reform,” he added.

Tirumurti said that several world leaders, including Prime Minister Narendra Modi, had called for urgent reforms within the Security Council. “Prime Minister Modi, echoing the aspirations of over a billion of my fellow citizens, asked, when will this reform-process ever reach its logical conclusion?” Tirumurti said. “The question that we are still asking here in IGN today is when will the reform process ever begin?”

The United States, China, Russia, France and the United Kingdom are five members of the UN Security Council. They have the power to veto a resolution. There has recently been a growing demand to increase the number of permanent members to represent the contemporary global situation.

India is among the contenders for permanent membership of the UN Security Council. Minister of State for External Affairs V Muraleedharan had told the Parliament in September that India was giving the highest priority to obtaining permanent membership, according to PTI. 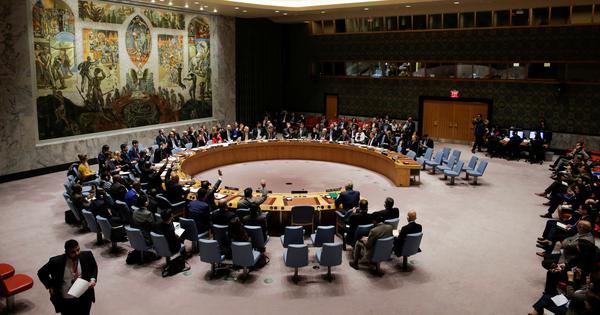