New Delhi: Even as 15 countries of the region sign mega Regional Comprehensive Economic Partnership (RCEP) trade pact, they have announced that India can participate in the group’s activities as an observer member and left a window open for India to join it in a future date.

The joint statement after the signing of the mega pact had a special Ministers’ Declaration on India’s participation in the pact.

India was one of the original 16 participating countries of the RCEP but had withdrawn in 2019 over several reasons, of which one was Chinese goods flooding the Indian market.

Acknowledging the strategic importance of India eventually becoming a party of to RCEP, the special ministers’ statement said, “RCEP Signatory States will commence negotiations with India at any time after the signing of the RCEP Agreement once India submits a request in writing of its intention to accede to it.”

In fact, the summary of the agreement leaves a special exception for India to join the pact later. Chapter 20 of the pact says, “This Agreement is open for accession by India, as an original negotiating State, from the date of its entry into force.”

Earlier this week, when asked if India will join RECP, Secretary East in Ministry of External Affairs Riva Ganguly Das said, “Our position is well known, as far as India is concerned we did not join RCEP as it does not address the outstanding issues and concerns of India, however, we remain committed to deepening our trade relations with ASEAN.”

The pact has Australia, China, Japan, South Korea, New Zealand and all 10 members of the ASEAN grouping as its members. The pact will account for 30% of global GDP or US$26.2 trillion and 30% of the global population but is dominated by China. The Agreement has 20 Chapters, 17 Annexes and 54 schedules of commitments covering market access, rules and disciplines, and economic and technical cooperation. 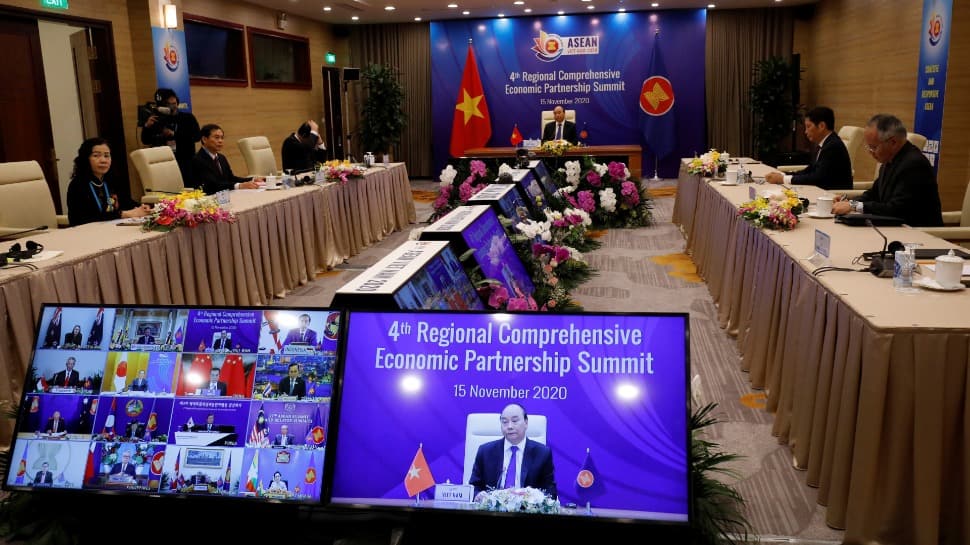 « German economy minister warns of ‘another 4-5 months’ of severe Covid-19 measures » Thousands rally behind Trump, believing he won the race he lost