In his upcoming memoir, former United States President Barack Obama said he thought Rahul Gandhi had “a nervous, unformed quality about him” as if he were a student who’d done the coursework and was “eager to impress the teacher”. But deep down, Gandhi “lacked either the atude or the passion to master the subject”, Obama wrote.

Excerpts of his work titled, A Promised Land, were mentioned in Nigerian writer Chimamanda Ngozi Adichie’s review of the book in The New York Times. This is the first of two volumes, and it starts early in Obama’s life, charting his initial political campaigns, and ends with a meeting in Kentucky where he is introduced to the SEAL team involved in the Abbottabad raid that killed Osama bin Laden, Adichie writes.

The book, with its focus “more political than personal”, is replete with biographical sketches of leaders from the United States and beyond. Among them is also former Prime Minister Manmohan Singh, who Obama thought of as having “a kind of impassive integrity”, just like US Secretary of Defense Bob Gates. The Singh-led United Progressive Alliance government was in power for part of Obama’s decade-long tenure from 2009 to 2017.

On United States’ new President-Elect Joe Biden, Obama said he thought of him to be a “decent, honest, loyal man” who “might get prickly if he thought he wasn’t given his due – a quality that might flare up when dealing with a much younger boss”. 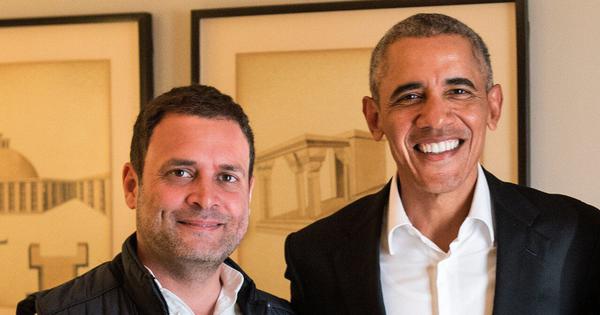 « As Trump claims votes were deleted, US election officials say no evidence of lost votes » Coronavirusfatality rate down 30% since April: Study