The NLD won 346 seats in the combined lower and upper houses of the legislature, far above the 322 needed to secure a majority, the Union Election Commission announced on television and in social media, even many seats from Sunday’s election have yet to be declared.

The military-backed Union Solidarity and Development Party, the main opposition party, won 25 seats, and the Shan Nationalities League for Democracy, representing the ethnic Shan minority, won 15 seats. The Shan, whose homeland is in eastern Myanmar, are the country’s largest ethnic minority.

An unofficial count by Yway Mal, an independent vote counting service, gave the NLD 397 seats and the USDP 28, with 44 going to other parties.

Majority control of Parliament does not give the NLD full control of government. The army-drafted constitution of 2008 grants the military 25% of the total seats, enough to block constitutional changes. Several key ministerial positions are also reserved for military appointees.

Independent rights groups have criticised the disenfranchisement of the Muslim Rohingya ethnic minority and cancellation of the vote in certain areas.

The Union Election Commission cited the dangers of ongoing combat between government forces and ethnic minority guerrillas, but critics suggested certain areas were singled out for cancellation because they were certain to elect lawmakers from parties hostile to the current government.

One of the guerrilla groups, the Arakan Army, said Thursday it would extend a unilateral ceasefire to December 31 to allow by-elections to be held in areas of Rakhine province where voting had been cancelled. 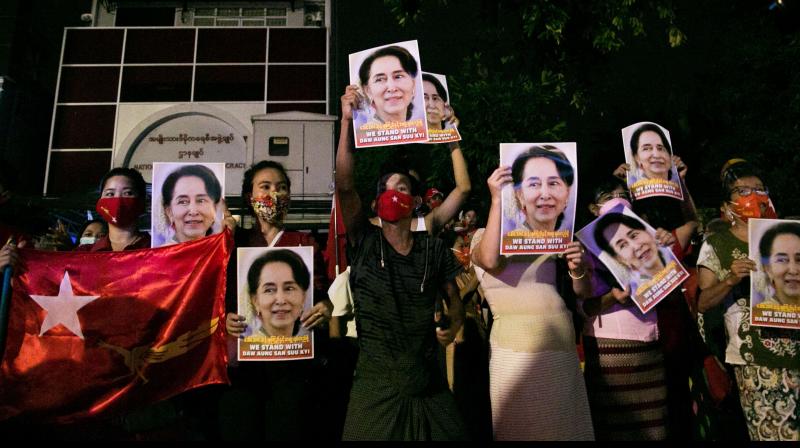 « Pakistan Army says one soldier killed, 5 others injured in Indian firing » ‘On steroids’: Hurricanes are becoming turbocharged and harder to predict