United States President-elect Joe Biden’s campaign has released a policy document chalking out his plans to increase the number of high-skilled visas, including the H-1B, and eliminate the limit on employment-based visas by the country. H-1B is a non-immigrant visa that allows American companies to employ foreign workers in occupations that require theoretical or technical expertise.

The draft policy holds significance for thousands of Indian professionals, mostly in the Information Technology sector, whose employment opportunities in the US took a hit due to immigration policies of the outgoing Donald Trump administration.

“High skilled temporary visas should not be used to disincentivise recruiting workers already in the US for in-demand occupations,” the document stated. “Biden will support expanding the number of high-skilled visas and eliminating the limits on employment-based visas by country.”

It also said that Biden will work towards reforming “temporary visas to establish a wage-based allocation process and establish enforcement mechanisms to ensure they are aligned with the labor market”.

The document also detailed Biden’s plans on green cards, which allow migrants to gain lawful permanent residence in the US in order to engage in skilled work.

In October, Trump had announced significant changes to the H-1B visa programme for high-skilled workers. It narrowed the eligibility criteria for applicants and raised the wages American companies would have to pay to hire foreign workers. Earlier in June, Trump had suspended the H-1B visas along with other types of foreign work visas until the end of 2020 to protect American workers. Biden had then said he would revoke the suspension, if elected to power.

The signal in change of stance by the United States was received well in Indian markets as benchmark equity indices Sensex and Nifty hit record levels in Monday’s intra-day trading, with major IT companies like Infosys and Tech Mahindra making big gains.

“This [visa] policy will help the many Indian IT employees working overseas,” Anita Gandhi, Director at Mumbai-based Arihant Capital Markets told Reuters. “Investors feel that with this new president, there will be more flexibility on the policy front.” 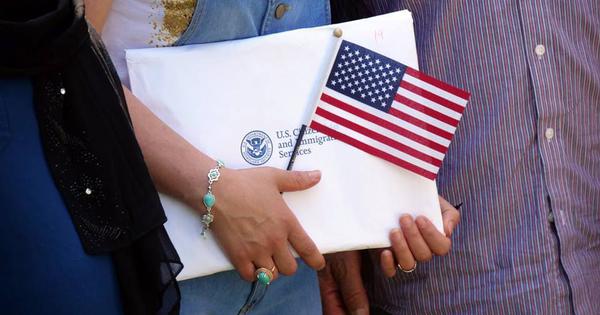 « As Joe Biden, Kamala Harris gear up to take charge, these will be their top priorities » Your presence is intolerable: UNdog takes a dig at Pak’s Imran Khan over ‘blasphemy’ statement