The Trump Campaign has filed a lawsuit for alleged mass-level electoral malpractice in the battleground state Nevada.

Nevada is the fourth state where the Trump campaign has filed such a case.

US President Donald Trump, who has 214 votes so far, has filed lawsuits in Pennsylvania, Georgia, Michigan and demanded recounting of votes in Wisconsin. US Election Results LIVE Updates

Donald Trump has threatened to file lawsuits in all states where his rival and Democratic presidential candidate Joe Biden has claimed victory.

“All of the recent Biden claimed States will be legally challenged by us for Voter Fraud and State Election Fraud. Plenty of proof – just check out the Media. WE WILL WIN! America First!” Trump said in a tweet.

All of the recent Biden claimed States will be legally challenged by us for Voter Fraud and State Election Fraud. Plenty of proof – just check out the Media. WE WILL WIN! America First!

Adam Laxalt, Nevada’s former attorney general and Trump’s campaign co-chair in the state, told reporters that they are just seeking to stop the counting of improper votes.

“We warned for the last few weeks we could end up in a situation where Nevada decides the presidency. We’re asking for emergency relief. We’re asking for the judge to stop the counting of improper votes,” Adam Laxalt told reporters in Las Vegas.

“We warned that the Democrats changed this election system. They gave us mail-in ballots. And despite the fact that there are examples of thousands of ballots being mailed across this Valley in trash cans and apartment buildings, people getting as many as 18 ballots to their homes, we knew these, these roles were unclean,” he said.

READ  Donald Trump is back at White House - without a mask

Why is Nevada crucial?

Democratic presidential candidate Joe Biden has a slender lead of 7,647 votes with 86 per cent of the votes polled being counted so far.

What do Republicans mean by Improper Votes?

Speaking to media, Adam Laxalt said that several mail-in votes were bogus. “We were told that signatures would save us from all fraud, but to date, we still have not been able to observe these signatures or meaningfully challenge, a single mail-in ballot, out of hundreds of thousands of casts,” Laxalt said.

“Today, we have a voter Jill Stokey who was denied access to vote. She showed up to vote and she was told someone had already cast her ballot and she was denied the opportunity to vote. We are filing in federal district court here in Las Vegas. We’re asking for emergency relief, a TRO and injunctive relief. We’re asking the judge to do to all of these irregularities, to stop the counting of improper votes,” Laxalt said.

He alleged that polling personnel of the Trump Campaign was not being allowed to check the votes.

“It’s publicly available information that non-residents have voted. There was a 30-day residency requirement in the state of Nevada,” he said.

“It is unacceptable in this country to have illegal votes counted, and that is what’s happening in the state of Nevada. It is giving legal people a sense that the system is corrupt. We have to have a system where legal votes are cast. We are seeing discrepancies all over,” Laxalt said. 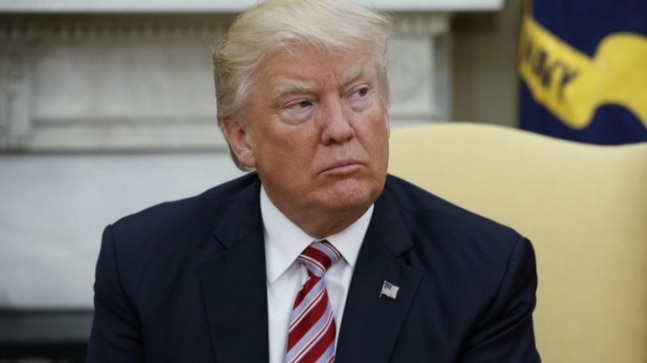