US presidential elections 2020: All you need to know

The US presidential elections will be held on November 3 with a prediction of a record-breaking turnout, with many using postal ballots, mail-in and ong for early voting.

In the US, voting procedures are not a federal subject but a state subject. Therefore, many states are voting early.

Scott Keeter, Senior Survey Adviser, The Pew Research Center, said, “There are a lot of people voting by mail this year. We have forecast that majority of the votes would be cast early or by mail, or by people filling up their ballot at home and dropping them off and less than half would be conventional walk up the polling booth kind of voting.”

“Democratic voters say they want to vote early because they have much more sensitivity of the Covid outbreak than supporters of Donald Trump,” he said.

December 8: Certification of results must be complete by all states by December 8, with all disputes – including challenges and recounts – resolved. The only exceon is California state which has a longer and slower process.

December 14: Electors formally cast their votes on December 14 and send them to Washington.

If states are still in dispute by then and haven’t certified their results, or if states send two competing slates of electors, that could trigger complications.

The increase in mail-in-ballots due to the novel coronavirus pandemic has also increased the uncertainty. It should be clear by December who is the winner of the US elections. Unofficially, it would be called a day after polling.

Once the popular votes are in and counted, it is for the “electors” of the states to vote for the President of the United States of America.

Each of the 50 states is entitled to as many electoral votes as the sum of its representation in the US House and Senate. For example, Florida: 27 House Representatives plus 2 Senators = 29 electoral votes

The electoral college is formed with the selection of the Electors.

The total number of electors are 538 — 435 Representatives (Congress and 100 Senators, and the three additional electors from the District of Columbia.

No federal official, elected or appointed, can become an elector.

What does it take to win? The first one to cross the 270-mark (out of 538 wins the presidential race in the US.

In all other cases, it is a ‘winner-takes-all’ system. For e.g., California, the largest state, has 55 electoral votes. Whoever gets the majority, takes all the 55 votes.

No. There is no Constitutional or Federal law that requires Electors to vote according to the results of the popular vote in their states.

There have been instances when electors have gone against the will of the people. They are called “faithless Electors” but they are rare.

In fact, two out of the last five elections were won by candidates in the same manner.

In 2000, George W Bush won against Democrat candidate Al Gore. The other three elected president by winning the electoral college but losing the popular vote have been John Quincy Adams, Rutherford B Hayes and Benjamin Harrison (all of them in the 19th

The electoral college process consists of the:

The selection of Electors is notable because:

There is no Constitutional or Federal law that requires Electors to vote according to the results of the popular vote in their states. Rather 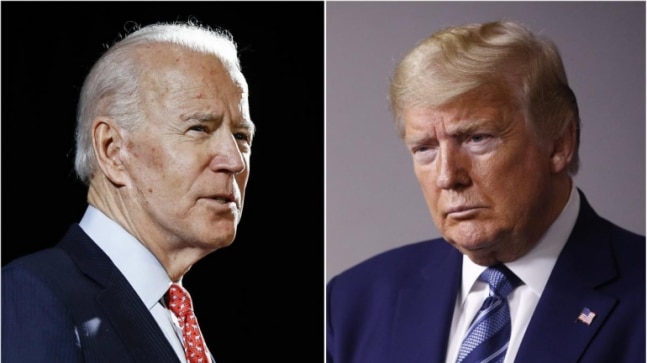