South Korea’s top court upheld a 17-year sentence imposed on former President Lee Myung-bak for a range of corruon crimes in a final ruling Thursday that will send him back to prison.

Lee has been convicted of taking bribes worth millions of dollars from big companies including Samsung, embezzling corporate funds of a company that he owned and misusing official funds of South Korea’s spy agency. The crimes occurred before and during his 2008-13 presidency.

The Supreme Court also confirmed a lower court ruling that ordered Lee to pay 13 billion won ($10.9 million in fines and forfeit another 5.78 billion won ($4.6 million for his crimes, court officials said. Thursday’s ruling is final and cannot be appealed.

Lee was initially sentenced to 15 years in prison in 2018. He was bailed out of jail several months later but was taken back into custody in February this year, after an appellate court handed down a 17-year term and canceled his bail. He was released again six days later after he appealed that ruling on his bail cancellation.

H was expected to return to prison later Thursday, according to the Supreme Court.

Lee, 78, was South Korea’s first-ever President with a business background and once symbolized the country’s economic rise. He began his business career with an entry-level job at Hyundai Group’s construction arm in the mid-1960s, before he rose to CEO of 10 companies under Hyundai Group and led the group’s rapid rise at a time when South Korea’s economy grew explosively after the 1950-53 Korean War.

Lee’s corruon case erupted after his successor and fellow conservative Park Geun-hye was ousted and sent to jail over a separate 2016-17 scandal. The back-to-back scandals badly wounded conservatives in South Korea and deepened a national divide. 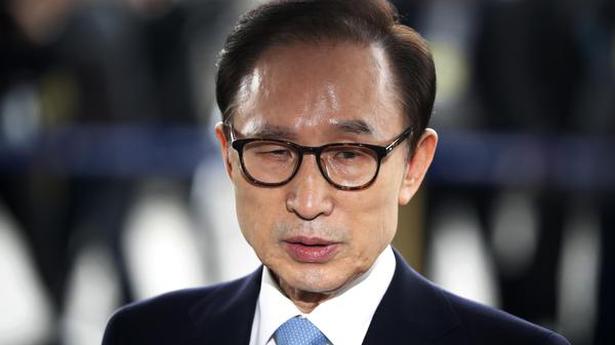