PM says the govt. response to attack would be firm and implacable; soldiers to be doubled: Macron

France has raised the security alert for French territory to the highest level after the knife attack in the city of Nice, Prime Minister Jean Castex said on Thursday.

Mr. Castex also told French National Assembly that the government’s response to the attack would be firm and implacable.

In Paris, lawmakers in the National Assembly observed a minute’s silence in solidarity with the victims of the terror attack. The Mayor of Paris, Anne Hidalgo, said the people of Nice “can count on the support of the city of Paris and of Parisians”.

French President, who visited the scene of a knife attack on Thursday, said he would be stepping up the deployment of soldiers to protect key sites, such as places of worship and schools.

Police said three people were confirmed to have died in the attack and several were injured. The French anti-terrorist prosecutor’s department said it had been asked to investigate.

A police source said a woman was decapitated. French far-right politician Marine Le Pen also spoke of a decapitation having occurred in the attack.

A representative of the French Council for the Muslim Faith strongly condemned the attack. “As a sign of mourning and solidarity with the victims and their loved ones, I call on all Muslims in France to cancel all the celebrations of the holiday of Mawlid.” The holiday is the birthday of the Prophet Mohammad, celebrated on Thursday.

Egypt’s al-Azhar, the 1,000-year-old seat of Sunni Muslim learning, condemned the incident as a “hateful terrorist attack” and warned against “violent and hate speech” in a reference to the display of images in France of the Prophet Mohammad.

Mr. Estrosi said the victims had been killed in a “horrible way”.

“The methods match, without doubt, those used against the brave teacher in Conflans Sainte Honorine, Samuel Paty,” he said, referring to the teacher beheaded earlier this month in an attack in a Paris suburb.

France is still reeling from that killing by a man of Chechen origin, who said he wanted to punish Paty for showing pupils cartoons of the Prophet Mohammed to his pupils. 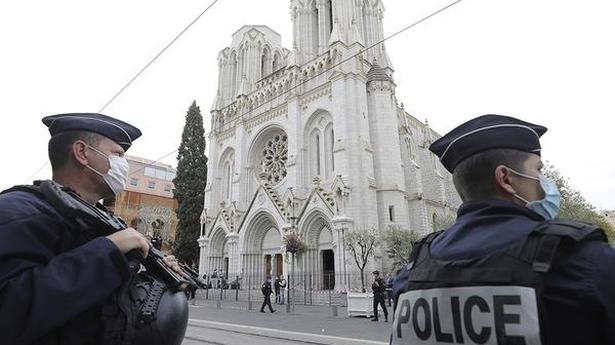 « Bilawal Bhutto confident of ‘people’s government’ taking over in 2021 » Asian immigrants ought to be ideal Republican voters, so what makes them lean Democratic?