BANGKOK: Thousands of people protested in the centre of Thailand`s capital Bangkok on Sunday in the first demonstration since Prime Minister Prayuth Chan-ocha ignored their Saturday night deadline to resign.

It was also the first major show of force since Prayuth lifted Oct. 15 emergency measures that had been meant to stop three months of protests against the government and monarchy, but which brought tens of thousands of people onto the streets.

“If he doesn`t resign, then we must come out to ask him to quit in a peaceful way,” protest leader Jatupat “Pai” Boonpattararaksa said as people chanted “Prayuth Out”.

The prime minister`s office posted a note on Twitter to say he was not quitting. He has said the crisis should be discussed in parliament, which is due to hold a special session on Monday and Tuesday.

But his opponents have little faith in an assembly dominated by his supporters.

There was no sign of a major police presence around protesters at the Ratchaprasong Intersection, an emotive location for protesters as the scene of bloodshed in 2010 in a crackdown by security forces on anti-establishment protests.

A government spokesman said there would be no use of force and called on people to remain peaceful and respect the law.

In the relaxed atmosphere, a group of drag queens gathered to put on a show.

Protests since mid-July have put the greatest pressure in years on the establishment, particularly with taboo-breaking calls to limit the powers of King Maha Vajiralongkorn`s monarchy.

On Monday, protesters are planning to march to the German Embassy in a message to the king, who is currently in Thailand, but spends much of his time in Germany.

“Going to the German Embassy reflects the evident problem of the king`s exercise of power is making many people uncomfortable and raises questions whether it violates the German law,” said activist Piyarat “Toto” Chongthep.

Protesters seek the departure of Prayuth and a new constitution. He rejects their accusation that he engineered last year`s election to keep power he first took in a 2014 coup. They have also demanded curbs on the monarchy, saying it has enabled decades of military domination. 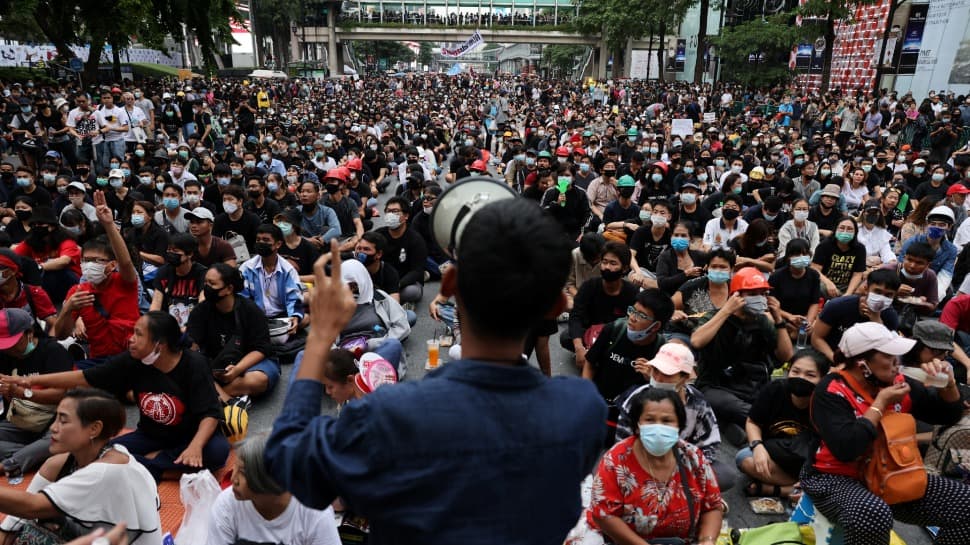