Marc Short, the chief of staff to United States Vice President Mike Pence, tested positive for coronavirus on Saturday, Reuters reported quoting a spokesperson for Pence. He added that both Pence and his wife have reported negative and that he will continue with his campaign schedule.

“While Vice President Pence is considered a close contact with Mr. Short, in consultation with the White House Medical Unit, the vice president will maintain his schedule in accordance with the CDC guidelines for essential personnel,” the spokesperson said.

Meanwhile, according to the New York Times, Pence’s advisor Marty Obst also tested positive recently, along with three other of the vice president’s staff.

The information on Short and others however, did not come from the White House medical unit. While a spokesperson briefed on Short, the statement on others came from people described by New York Times as “not authorized to speak publicly”.

Despite him testing negative, Pence’s decision to continue with his campaign has given rise to questions.

Earlier this month, US President Donald Trump, First Lady Melania Trump and others related to his campaign had tested positive for the virus. Later, the country’s top health expert Anthony Fauci said that the White House held a “super spreader event” in September, referring to the celebration for Trump’s nomination of Judge Amy Coney Barrett to the Supreme Court. 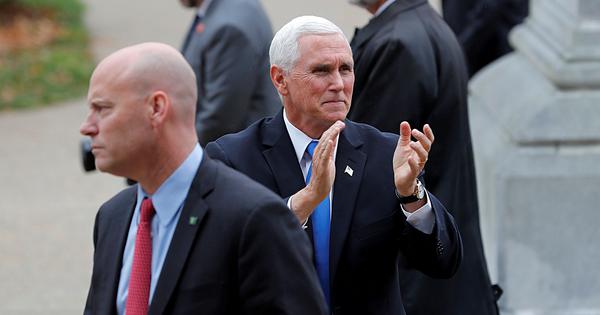