Launching a fiery attack on Donald Trump, former US President Barack Obama, who is supporting Democratic presidential nominee Joe Biden for the upcoming elections, on Wednesday (local time said that Donald Trump cannot take the basic steps to protect himself and is not suddenly going to save everyone.

Speaking from outside Lincoln Financial Field in Philadelphia, Obama said, “Eight months into this pandemic, cases are rising again across this country…Donald Trump is not suddenly going to protect all of us. He cannot even take the basic steps to protect himself.”

Taking a jibe at the US President, he said that “this is not a reality show” but “reality” wherein the people will have to “live with the consequences of him proving himself incapable of taking the job seriously.”

“With Joe and Kamala at the helm, you are not going to have to think about the crazy things they said every day…You will be able to go about your lives knowing that the president is not going to retweet conspiracy theories about secret cabals running the world or that Navy SEALs did not actually kill [Osama] bin Laden,” he said.

“They embolden other people to be cruel and divisive and racist…and it frays the fabric of our society and it affects how our children see things and it affects the ways that our families get along. That behaviour matters, character matters,” he said.

The former President, however, said that he has not lost hope in the past four years.

“Hope is not blind omism, it is not ignoring problems. Hope is believing in the face of difficulty that we can overcome and get a better world…And so, I have never lost hope over these last four years. I have been mad. I have been frustrated, but I have not lost hope, and the reason is because I never expected progress to move directly in a straight line,” he said.

During the rally, he also urged the voters to turn out in a record number as the “next 13 days will matter for decades to come”.

“If you do not vote, then you are not at the table and then stuff is done to you,” he said.

“We cannot afford another four years of this … you go so far backward that it becomes really hard to dig yourself out of that hole,” he said.

Urging people to come out in large numbers to cast their vote in view of the COVID-19 pandemic, he said that though the “pandemic would have been tough for any president,” but “the degree of incompetence and misinformation, the number of people who might not have died if we’d have done the basics.”

“I do not care about the polls. A whole bunch of folks stayed at home and got lazy and complacent [in 2016]. Not this time,” Obama added. 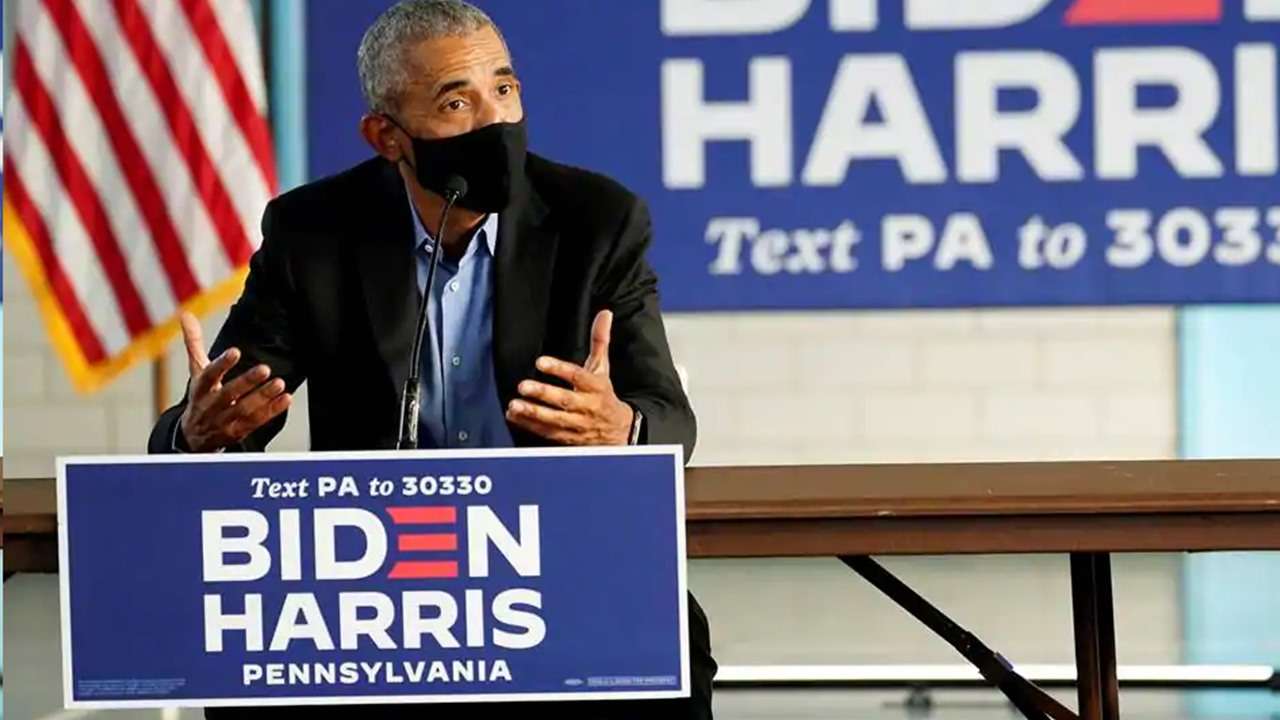