US President Donald Trump is expected to come out swinging in Thursday`s final presidential debate with Democratic rival Joe Biden to try to close a big gap in opinion polls before the November 3 election. Trump needs to score some hits in the televised encounter to steady a campaign that is struggling, in part due to his handling of the coronavirus pandemic, which has killed more than 222,000 people in the United States and is surging again worldwide.

Trump, a Republican, trails former vice president Biden significantly in national polls less than two weeks before Election Day, though the contest is much tighter in some battleground states where the election will likely be decided. Opinion polls show there are relatively few voters who have yet to make up their minds. A record 42 million Americans have already cast ballots ahead of the debate in Nashville, Tennessee, meaning Trump`s window to influence the outcome of the race may be closing.

Trump`s campaign indicated that the often pugnacious president would attack Biden for not accomplishing more during his time in public service and zero in on what Trump has alleged were corrupt practices by the Biden family. Aides say Biden, 77, needs to deliver a disciplined performance to appeal to the undecided voters and not to allow Trump to get under his skin with attacks on his family, especially his son Hunter, a favorite target of the president`s.

One Biden adviser said the Democrats` aides want him to counter Trump without seeming un-presidential. He is expected to again bash Trump`s handling of the pandemic, with cases on the rise in several states, while arguing that the outbreak has had a disproportionate economic impact on low-wage workers.

September`s contentious first debate between the pair was watched by at least 73 million viewers. Trump, 74, passed up another planned debate last week after it was switched to a virtual format in the wake of his COVID-19 diagnosis. The latest Reuters/Ipsos poll showed Biden ahead by nine points nationally, down from 12 points during the first week of October. He retained a sizeable edge in the competitive states of Michigan and Wisconsin.

Trump campaign spokesman Tim Murtaugh said the president would bring up Biden`s long record in politics, as well as his family`s business dealings. “The clear message is that President Trump has accomplished more in 47 months than Joe Biden has in 47 years. The president built the world`s best economy once and is already doing it a second time. Trump is still the political outsider, while Biden is the ultimate insider,” Murtaugh said.

In the first face-off, Trump repeatedly interrupted Biden, attacked him personally, and showed little respect for the moderator. Swing voters, particularly women, were turned off by his actions, post-debate polls and focus groups showed. Michael Steel, a Republican who served as a top aide to former House of Representatives Speaker John Boehner, said Trump needs to take a step back and give space for Biden to make mistakes.

“There is probably nothing President Trump can do in terms of attacking Biden that he didn`t already try in the first debate,” Steel said. “He now needs to rope-a-dope, laying back and acting presidential while needling Biden to flub – and flub badly.”

Each candidate`s microphone will be switched off while his opponent makes his two-minute introductory statement on a topic, so as to give uninterrupted speaking time. Both microphones will then be active for the discussion period that follows. Debate topics will include the pandemic, race relations, climate change and national security. The Trump campaign argued that the entire debate should be focused on foreign policy.

Trump is expected to return to a line of attack that surfaced in the first debate, accusing Biden and his son Hunter Biden of unethical practices in China and Ukraine. No evidence has been verified that support the corruption allegations by Trump and his aides, and Biden in the first debate called them false and discredited.

Biden has been under pressure to explain his position on a push by some within his party to “pack” the Supreme Court to counter its rightward drift, by expanding the number of justices from the current nine. He said on Thursday that if elected he would put together a bipartisan commission of scholars to examine reforming a federal judiciary he called “out of whack,” noting that there are alternatives to consider besides expanding the Supreme Court. 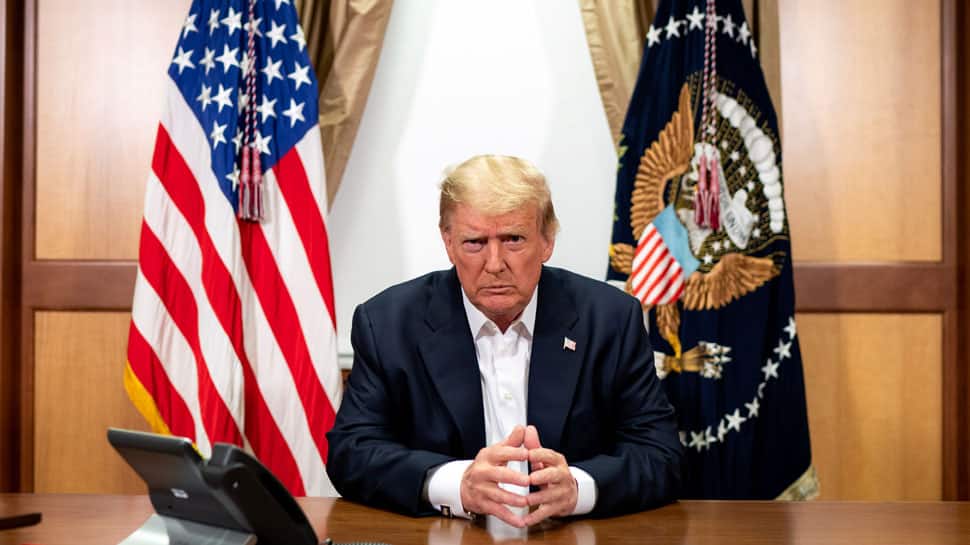