Pedro Sanchez said that more needed to be done to combat the COVID-19 pandemic but he stopped short of announcing new measures.

Spain’s Prime Minister Pedro Sanchez said on Friday that more needed to be done to combat the COVID-19 pandemic but he stopped short of announcing new measures and instead called on citizens to act responsibly.

With Spain’s COVID-19 cases soaring this week to total over a million — the highest in Western Europe — the government has said the pandemic was out of control.

But it lacks the majority in parliament to push bold steps and override sometimes reluctant regions who decide on health matters.

“If we don’t follow precautions, we are putting the lives of those we love most at risk,” Mr. Sanchez said in a televised address to the nation. “What we have to do is reduce mobility and social contact. There is no other solution.”

Earlier on Friday, the region of Castilla and Leon had urged the central government to impose nationwide night-time curfews quickly. Most other regions are also in favour of some form of curfew, but the powerful Madrid and Basque country authorities opposed such a move.

It will be up to each region to say what they want to do next but they do not have the authority to impose curfews without a decision at national level.

But Sanchez said that, since not all cases are detected, the actually tally was likely over 3 million. 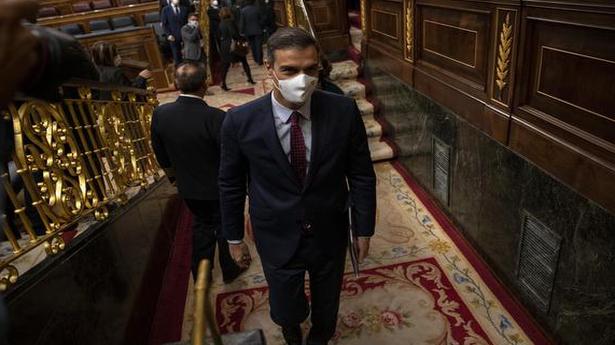