India recorded the highest number of daily Covid-19 cases in the world for almost two months at a stretch. Now, with new cases in India declining significantly, the United States has overtaken it in terms of daily new infections.

Most big Indian states, which were impacted recklessly by the pandemic, have been showing significant improvements.

Maharashtra, the Covid-19 engine of the country, was recording more than 20,000 cases every day in late September. By the third week of October, daily cases in the state more than halved and the seven-day rolling average came down to 9,000. On Wednesday itself, it recorded around 8,100 new cases, which was still the highest in the country, but it is relieving to see the trend going downwards.

Barring Kerala and West Bengal, daily cases are going down or flattening in most Indian states.

On the other hand, the US, where many people violated lockdowns and Covid norms, is witnessing a third wave of coronavirus at a time Presidential elections are less than two weeks away.

At present, the seven-day rolling average of daily new cases in the US is around 60,000. Experts have signalled a ‘substantial’ third wave in the US, based on latest trends in new infections.

More importantly for India, the number of new cases is backed by a high number of daily tests. On Wednesday, India tested a record 1.47 million people, of which only 54,000 tested positive, with a Test Positivity Rate (TPR of 3.8 per cent.

TPR calculates the proportion of people who’ve tested positive for the virus out of the total number of people tested. A TPR of 3.8 per cent means that for every 100 people that were tested for coronavirus on Wednesday, less than four tested positive.

According to the World Health Organization, a TPR below 5 per cent for a minimum of two weeks hints at some control over the virus. For the last one week, India’s TPR has ranged between 5 and 6 per cent, coming down from 12.5 per cent in late July, when the level of testing was almost half of what it is today.

But the TPR differs from state to state. Nearly nine states in India are recording a TPR between 10 and 20 per cent. In the remaining states, it is below 10 per cent.

In the US, positivity rate is a little over 5.6 per cent, but it is also impacted by huge regional heterogeneity. Some 13 states in the US are recording more than 10 per cent TPR, of which three are recording 10-30 per cent. 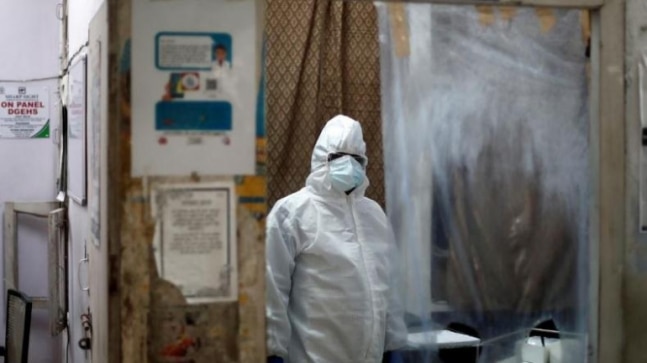