The controversial 20th Amendment to Sri Lanka’s Constitution that envisages expansive powers and greater immunity for the Executive President was passed in Parliament with a two-thirds majority, following a two-day debate.

The 20th Amendment was the Rajapaksa administration’s first big test in the legislature, since it triggered concern and resistance from not just the political opposition, but also the influential Buddhist clergy that Sri Lanka’s southern polity venerates.

As many as 156 MPs in the 225-member House voted for it, while 65 legislators voted against the Bill.

Significantly, eight opposition MPs voted in favour of the legislation that their parties and leaders not only vehemently opposed, but also challenged at the Supreme Court. Following as many as 39 petitions filed by opposition parties and civil society groups, the Supreme Court determined that the passage of the legislation required only a two-thirds majority, except for four clauses that needed additional public approval through a referendum, unless they were amended in line with the determination.

The 20th Amendment rolls back Sri Lanka’s 19th Amendment, a 2015 legislation passed with wide support from the Rajapaksa camp — then in Opposition — that sought to clip presidential powers, while strengthening Parliament. The new legislation in turn reduces the Prime Minister’s role to a ceremonial one.

In the two-day debate, opposition MPs broadly argued that the Amendment threatened to take the country on the path of authoritarianism, giving the President unbridled powers, while government MPs emphasised the need for centralised power for better governance.

The 20th Amendment’s passage comes at a time when the country is facing a new wave of COVID-19, with the number of cases rapidly increasing — after Sri Lanka contained the pandemic in the early months — to 6,028 cases and 14 deaths as of Thursday evening. 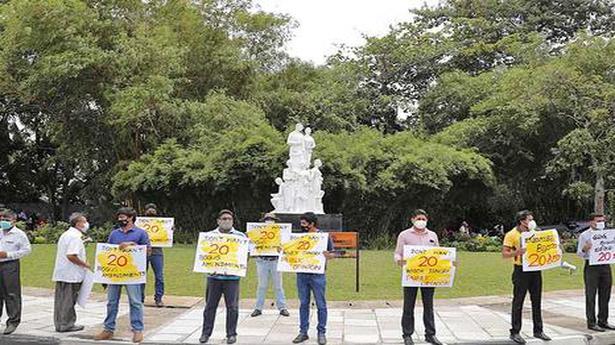