The third India-US 2+2 Ministerial Dialogue will be held in New Delhi on October 27, 2020. India will be hosting the meet.

According to the US State Department, Secretary Pompeo will be on a four-nation tour – India, Sri Lanka, Maldives and Indonesia between October 25 and 30.

The thrust of the visit of the two top US officials will be to strengthen strategic partnerships.

In addition, sources told India Today that amid growing tensions at the India-China border, India is likely to sign the

In Jakarta, he will reiterate the two countries’ vision of a free and open Indo-Pacific.

Defense Secretary Mark Esper, in his interaction at the Atlantic Council on Tuesday, mentioned how India has been standing up to Chinese belligerence when he said, “India will be the most consequential partner for us, in the Indo-Pacific for sure in this century. It’s the world’s largest democracy, a very capable country, very talented people and they face off every day Chinese aggression in the Himalayas, specifically along that Line of Actual Control.”

“It’s not an issue about China’s rise. It’s how they rise… So you see a lot more closer collaboration come out and this will be reflected in our meetings next week in New Delhi as well when we travel there,” he added.

Responding to questions about agreements to be signed, Esper said, “We will give information on that when it is appropriate.”

The first two 2+2 Ministerial dialogue was held in New Delhi in September 2018 followed by another in Washington DC in 2019. “The agenda for the third Dialogue will cover all bilateral, regional and global issues of mutual interest,” said MEA.

(With inputs from Manjeet Negi 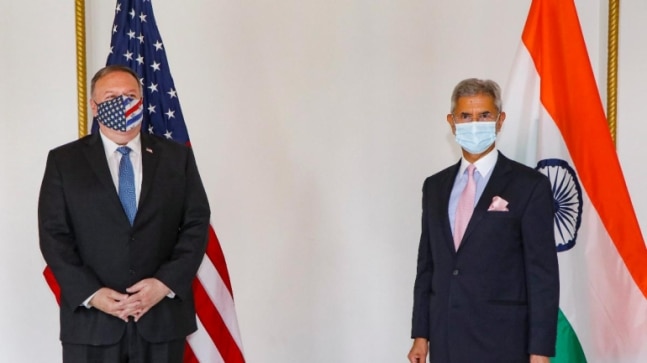