New Delhi: A group of fourteen United States Senators have written to the Indian envoy to US Taranjit Singh Sandhu welcoming India’s decision to invite Australia for the annual Malabar naval exercises that are scheduled in November.

They also batted for the Quad grouping amid increasing Chinese aggressiveness in the region and other parts of the world.

The Malabar exercises and quad have four-members namely the US, Australia, Japan and India.

The senators in the joint letter said, “We write in strong support of India’s decision to formally invite Australia to participate in the annual Exercise Malabar.”

They added, “Almost three decades ago, the Malabar Exercise acted as a launching pad for increased US-Indian relations. We hope that Japan’s inclusion in the exercise, and now Australia’s, will have a similar effect, strengthening cooperation among the Quad as we collectively defend our shared vision for a free and open Indo-Pacific.”

The Malabar annual naval exercise started as a bilateral India-US exercise in 1992 and Japan also joined in 2015.

This is to be noted that the Australian Navy had participated in the exercises in 2007.

Also read | A milestone, says Australian Navy on its participation in annual Malabar naval exercises alongside India, US, Japan

On Quad grouping, the letter said, “It represents a security forum for like-minded democracies to preserve and promote the rules-based order in the region through shared commitments and close collaboration.”

It added, “In the face of China’s rising military and economic assertiveness, strengthening of the Quad has become increasingly important and as the world addresses the fallout caused by the COVID-19 pandemic, China has opportunistically looked to expand its military footprint across the Indo-Pacific. From the South China Sea to the Himalayas, Beijing continues to use methods of intimidation and territorial aggression to test the resolve of regional actors.”

Earlier this month foreign minister of Quad grouping met for the second time, even as Washington has been calling for the formalisation of it.

Beijing sees the grouping as anti-China and has been calling it Asian Nato, something that has been dismissed by the member countries.

The quad came together in the aftermath of the 2004 Tsunami which was one of the worst natural disasters and amid the coronavirus outbreak, quad along with other countries like New Zealand, South Korea and Vietnam have been engaging to coordinate efforts to contain the spread of the virus. 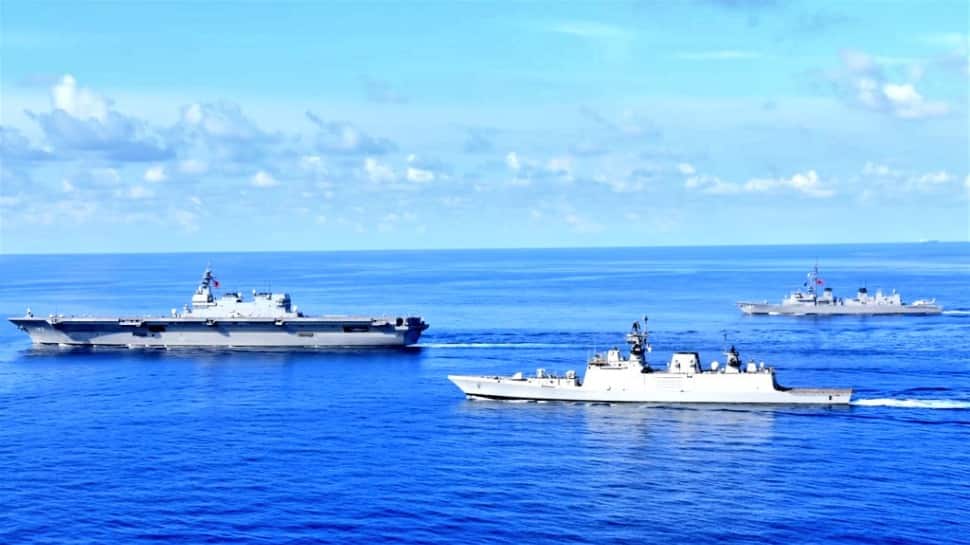