On the question of China’s preparation for a possible military invasion on Taiwan, Taiwan’s Foreign Minister told WION that China is not hiding its intention, adding “we are also beefing our military capabilities and garnering support from several countries.”

#StraightTalk | “Even though there are no diplomatic relations between Taiwan and India, but based on our interactions with Indian government officials, the people, the businessmen and opinion leaders, they seem to be very fond of Taiwan,” says Foreign Minister #JosephWu pic.twitter.com/lT2LKzE5it

When asked that China doesn’t recognise you as a country and also puts pressure on other countries to do the same, Joseph Wu said, “Countries call me Mr Wu but there shouldn’t be any problem addressing us as a country. But most of the countries in the world are interacting with us and they recognise me as a Foreign Minister of Taiwan.”

Talking about the confrontation with Chinese diplomats in Fiji, he said that on October 8th people in our Fiji office were celebrating national day but Chinese people went overboard and one of our colleagues got injured. “This act created a wave of anger in our country. We strongly condemn the violence against our diplomat in Fiji by Chinese diplomats,” he said.

Taiwan’s Foreign Minister said. “National Day is the most important day for Taiwan, but the Chinese were trying to resort to physical violence to stop us from celebrating, and that is totally unacceptable.”

On threats issued by Chinese officials, he said that Chinese diplomats are putting pressure on the host of countries to avoid any contact with Taiwan. In the case of India, Chinese diplomats were issuing orders to the Indian press not to report Taiwan National Day, but “we don’t see the similar threats in India, we have very good relations with India, a vibrant democracy.

“Even though there are no diplomatic relations between Taiwan and India, but based on our interactions with Indian government officials, the people, the businessmen, and opinion leaders, they seem to be very fond of Taiwan,” said the Foreign Minister.

On the question of India’s role and popularity in Taiwan, he said that Indian people are loved in his country. People in Taiwan are fond of Bollywood and Hindi films.

When asked about his love for Indian movies, he said that his most favourite Indian film is ‘Bahubali’, and also talked about the popularity of ‘Dangal’ and ‘Hindi Medium’ among Taiwanese people.

Looking at the popularity of Hindi films in Taiwan, he said the Taiwan government is planning to organise a film festival of Indian films in the country. 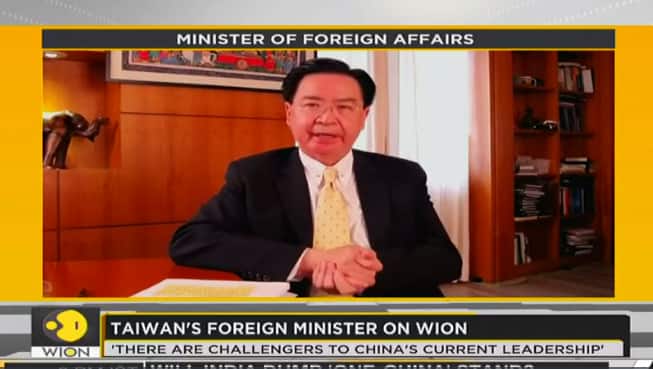