New Zealand voted to award Prime Minister Jacinda Ardern a second term in office on Saturday. Prime Minister Ardern’s liberal Labour Party won a historic mandate by securing 49 per cent of the vote in comparison to the 27 per cent bagged by its primary challenger, the conservative National Party.

In fact, this is the first time since New Zealand implemented a proportional voting system 24 years ago that a single party (Labour won an outright majority of seats in Parliament. Jacinda Ardern was voted to the top job in 2017 when her Labour Party entered into an alliance with two other parties.

This time around, the Labour Party will be able to comfortable form a government on its own, a first for the party in 50 years. Its ally Green Party won 7.5 per cent of the voters while the libertarian ACT Party managed to increase its vote share to 8 per cent this time around. At the same time, Deputy Prime Minister Winston Peters and his New Zealand First party was voted out.

During the 2020 elections, New Zealanders also voted on two key issues- whether to legalise marijuana and euthanasia. Results to both referendums will be announced on October 30.

Prime Minister Ardern’s challenger Judith Collins of the National Party is a former lawyer. She served as a minister when the National Party was in power. Collins (61 had promised New Zealanders considerable tax cuts if voted to power.

In a speech in Auckland on Saturday, Judith Collins congratulated Ardern and her Labour Party for an “outstanding result”.

(With inputs from Associated Press 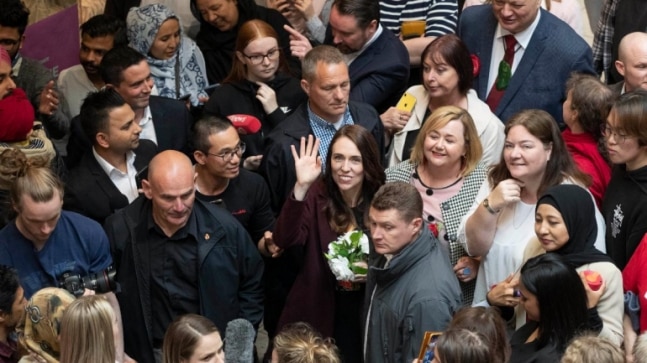