In March, New Delhi hosted a virtual conference of South Asian Association for Regional Cooperation leaders on the challenges of the coronavirus pandemic and also proposed the creation of an emergency response fund. It was seen by many observers as a sign of new life in the regional cooperation project in South Asia, after years of inertia. However, within six months, ground realities have once again revealed the limitations of cooperation in the region.

Since its formation, the SAARC has remained a textbook example of the challenges of regional cooperation. While the hostile India-Pakistan bilateral relationship has been frequently cited for this “failure”, inherent structural challenges, including glaring geographic and demographic inequalities in terms of size and strengths of countries in the region, limiting the scope of wider cooperation needs to be acknowledged.

While many of the arguments rely on trade as an incentive for regional cooperation, they often ignore the necessary compatibilities for successful trade transactions. Unlike the European Union and Association of Southeast Asian Nations, countries in South Asia are relatively less industrialised and as a result, intra-regional trade is primarily either agri-commodities or relatively lower valued manufactured goods.

Stronger and sustainable trading relationship primarily depends on the essential element of complementarities of demand and supply, which lacks in case of SAARC and that dampens the potential for trade in the region.

While not discounting a case for easing of tariff and non-tariff barriers in the region, lower trade compatibility is a glaring reality and a primary reason for the dismal intra-regional trade, despite the cost benefit offered by “proximity”. Unless the economies in the region mature with an increased focus on exports of value-added goods and services, the possibility of “booming” intra-regional trade is distant.

Further, the history of conflicts and disputes in the region have only reinforced mutual mistrust and often hindered cooperation in multilateral forums. While India is wary of growing external influence in the region, the others are driven by their perceon of the fear of Indian hegemony.

In South Asian context trade has served neither as an effective deterrent to conflicts nor a useful incentive for more cooperation. Rather, it is seen as a potential vulnerability. For example, many in India are scecal of ambitious but long-delayed Turkmenistan–Afghanistan–Pakistan–India gas pipeline project for natural gas sourcing from Turkmenistan, despite its importance in diversifying energy sourcing and enhancing energy security, as it could be a crucial vulnerability in the region where the relations are already stressed.

And as a pragmatic choice, countries find reduced regional or neighbourhood dependence as a preferred alternative for safeguarding long-term national interests.

In sync with ground realities, the project of regional cooperation in South Asia is poised to remain limited to often delayed and cancelled bi-annual summits and platitudes from government functionaries without any serious actual impact. And the steam of “on paper” potential for intra-regional trade is running out to fuel this project.

The author is an Academic Associate at the Indian Institute of Management, Ahmedabad. 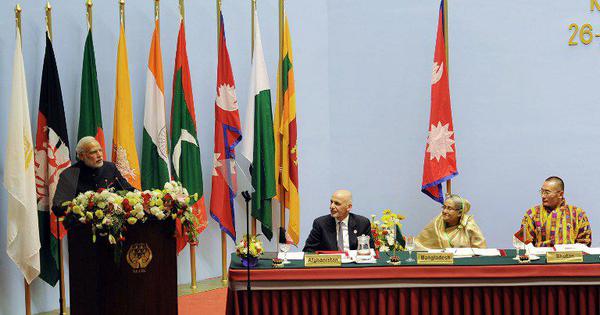