As part of the ‘2+2’ dialogue, US Secretary of State Mike Pompeo and Secretary of Defence Mark Esper will hold closed consultation with External Affairs Minister S Jaishankar and Defence Minister Rajnath Singh.

During his two-day visit to India, US Deputy Secretary of State Stephen Biegun delivered a keynote address at the India-US Forum.

“The United States and India represent multi-ethnic, multi-confessional, democratic societies. Together with Japan and Australia, we are four democratic anchors in an Indo-Pacific region buffeted by changing winds and shifting currents,” Biegun said in his keynote address.

Stephen Biegun also met with Foreign Secretary Harsh Shringla during which the two discussed among other issues, advancing a free and open Indo-Pacific.

In a statement issued towards the end of Deputy Secretary of State Stephen Biegun’s visit to India, the US Department of State asserted that he “discussed US efforts to work with India and like-minded partners on a range of issues including regional security, economic cooperation, and coordinated efforts to address the challenges of the Covid-19 pandemic”. 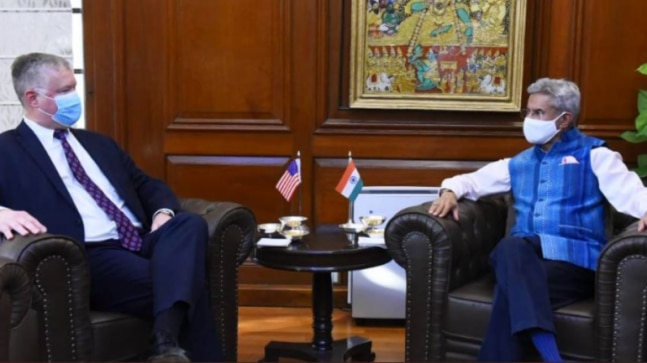