A video of US President Donald Trump dancing to the tune of ‘YMCA’ by the Village People at a massive campaign rally in Florida has gone viral on the social media platforms.

As the song blared over loudspeakers, the 74-year-old flaunted his trademark moves, pumping his fists as the crowd cheered.

On Monday night, Trump returned to the campaign trail less than two weeks after he tested positive for COVID-19. The US President spoke for more than an hour at the rally, bragging about being “immune” to the virus, and saying things like “I feel so powerful.”

“I went through it and now they say I’m immune,” Trump told the gathering in Florida.

#TrumpGraveDancer trended on Twitter as clips of his dance moves went viral on the Internet. While some users trolled Trump for his dancing skills, others lashed out at him for dancing despite so many deaths in the country due to coronavirus.

Check out their reactions:

215,000 dead Americans and he’s out there doing this… pic.twitter.com/uYUddJcvNN

Donald Trump dances almost as bad as he Presidents.

I keep seeing that clip of Donald Trump dancing and I have to say he looks great. pic.twitter.com/CDr682Nqrn

Who would be Trump’s ideal partner on Dancing With the Stars? pic.twitter.com/Pl4dwzvBrN

Trump is dancing because he finally managed to make America first in something. pic.twitter.com/PjP3qdgZbG

I know we lowered the bar for Trump – but should we really call this dancing? pic.twitter.com/aeybXKcqbj

Donald Trump will face Democratic candidate Joe Biden on November 3 for the US presidential election 2020. 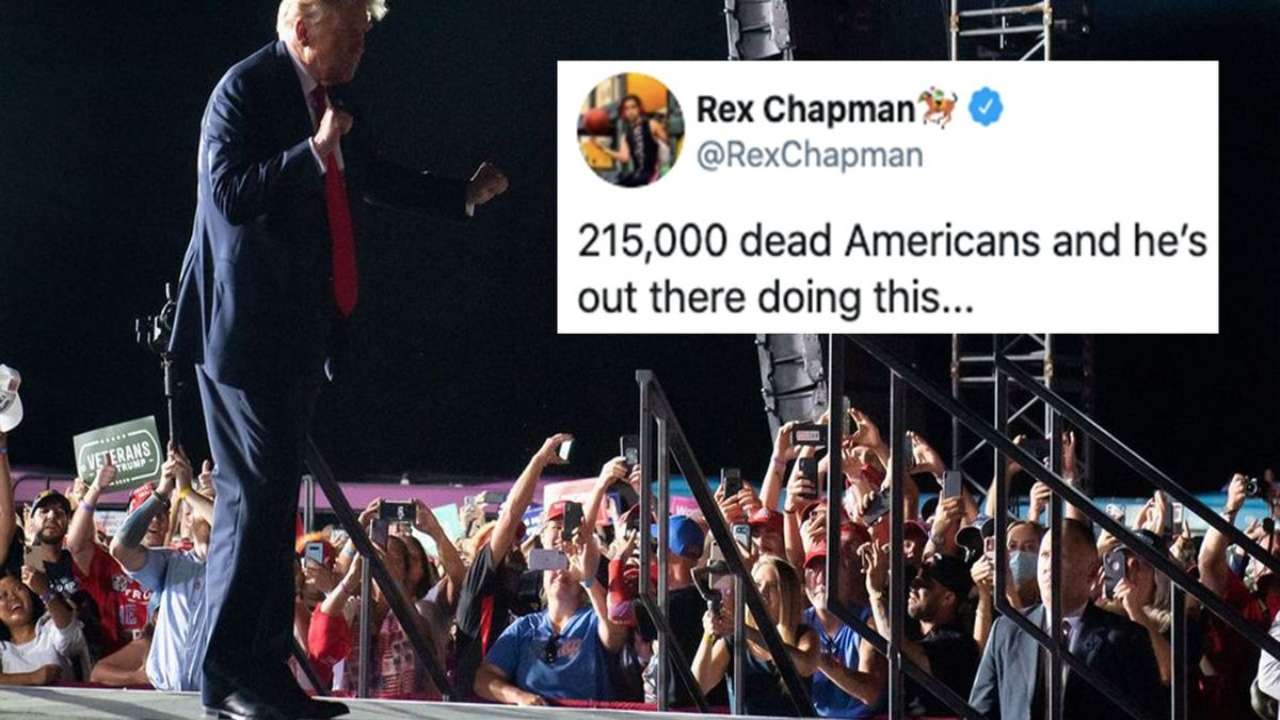