Pope Francis keeps his distance at audience over COVID concerns

Pope Francis stayed a safe distance from well-wishers at his weekly general audience on Wednesday, saying new rules aimed at curbing the coronavirus meant he had to hold back.

“I would like to, as I usually do, go down and get closer to greet you. But with the new regulations, it is better if we keep a distance,” Francis said from a stage.

“It often happens that when I go down, everybody gets close and piles up. And it`s a problem because there is a risk of infection. This way, everyone wearing their mask and maintaining their distance, we can go forward with the audiences.”

The 83-year-old pope resumed his weekly audiences in September after a six-month break because of the contagion, which has killed more than 36,200 people in Italy. However, with infections rising again, there was concern that Francis was getting too close to visitors.

Underscoring the growing problem, the Vatican said on Monday that four members of the Swiss Guards, the elite and colourfully dressed corps that protects the pope, had tested positive for COVID-19.

The pope, who does not wear a mask at the audiences, had part of one lung removed during an illness when he was a young man in his native Argentina.

He sometimes breathes heavily after climbing steps and some Vatican officials have speculated that difficulty breathing may be a reason he does not wear a mask in large spaces.

Instead of arriving from the door at the back of the hall and making his way through the crowds, the pope walked through the stage door and smiled and waved to the faithful from a distance. They stood and applauded him.

“Sorry if today I greet you from far away, but I believe that if everybody, as good citizens, follows the regulations of the authorities, it will help to handle the pandemic. Thank you,” he said. 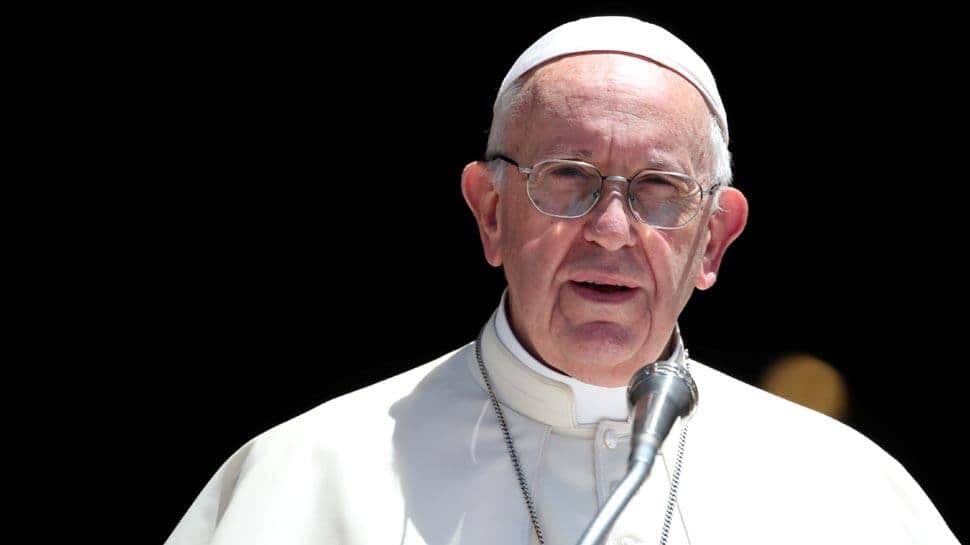