NEW YORK: A video of US President Donald Trump dancing to the tune of The Village People’s “YMCA has gone viral on the social media platforms.

The video shows the US President pumping his fists and shaking his legs to The Village People’s “YMCA’’ after he hit the campaign trail with a massive rally in Florida on Monday.

“I went through it and now they say I’m immune,” Trump told the gathering in Florida.

But the main highlight of the campaign rally was his dance to the YMCA which kept the crowd enthralled.

With the video of “Dancing Trump” getting viral on social media, the US President was trolled for his ”awkward dance performance” and faced backlash on Twitter.

While some users trolled Trump for his dancing skills, #TrumpGraveDancer trended on Twitter too.

The US President’s theatrical performance didn’t go down well with some other Twitter users who lashed out at him for dancing despite so many deaths in the country due to coronavirus.

Donald Trump dances almost as bad as he Presidents.

Retweet if you believe Donald Trump is dancing on the graves of Americans that didn’t have to die #TrumpGraveDancer pic.twitter.com/iFs8C7Fqr7

This video reminds me of a very ill Boris Yeltsin running for reelection in 1996. Anyone else remember his dancing? https://t.co/mrY141QJG8

How can I unsee this?? pic.twitter.com/QQmI2r6Llh

Ever since the pandemic broke out in December last year, nearly 8 million people have been infected in US while more than 210,000 deaths have taken place due to the fatal virus.

Trump will face Democratic candidate Joe Biden on November 3 for the US presidential election 2020. 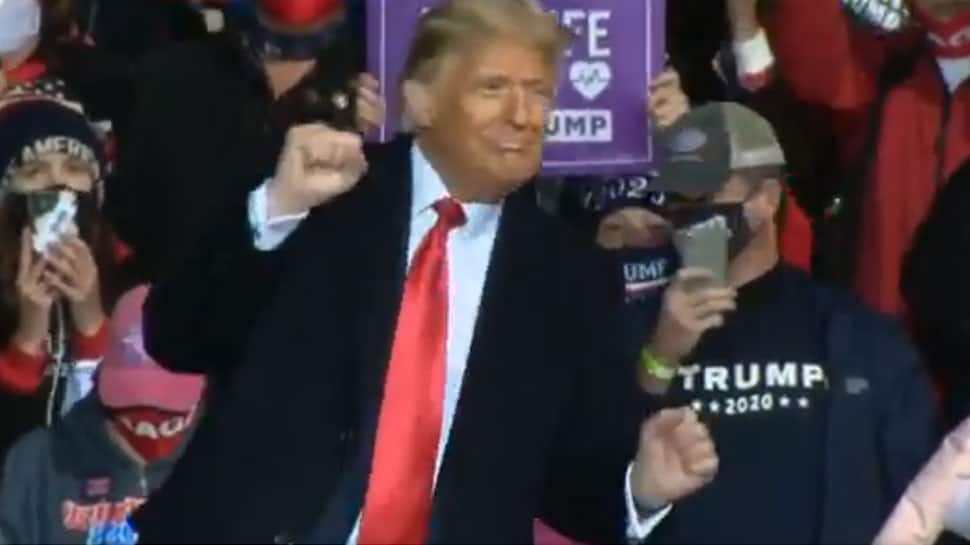