People from Gilgit Baltistan held demonstrations across the region and in major towns of Pakistan against Islamabad`s clampdown on people`s civil and political rights. Demanding the immediate release of the rights activists who have been sentenced on trumped-up charges, the protesters have launched a massive resistance drive in the wake of Islamabad`s attempts to change the political status of occupied Gilgit Baltistan.

“We are not going to give up until all activists are released from prisons. We all are ready to be arrested. We are waiting for the next move of the Aseeran-i-Hunza Rihaee Committee. Whenever they give a call, we will hold widespread protests across Diamer, Darel to Khunjerab border. We will hold demonstrations across Karachi, Lahore and Islamabad. If required, we will go on strike,” said a leader of the Gilgit Baltistan Youth Alliance, Karachi.

In Muzaffarabad city of Pakistan occupied Kashmir (PoK), a massive protest was organised on Sunday by the Jammu and Kashmir Liberation Front and Student Liberation Front against the government`s decision to make Gilgit Baltistan a province.Political activists said that they will sacrifice themselves but will not let Pakistan alter the status of the region.

People from Gilgit Baltistan, who have been living in other Pakistani towns, have also taken to the streets against Islamabad`s arbitrary decision.Recently, Pakistan`s Minister for Kashmir Affairs and Gilgit Baltistan, Ali Amin Gandapur, reignited the contentious issue of grant of provincial status to Gilgit Baltistan.

The sudden announcement of the inclusion of Gilgit-Baltistan as the fifth province of Pakistan and underlying reasons for the same are much wider and its implications are bound to set the tone for exacerbating tensions, that is already being played out in the east along the Line of Actual Control (LAC) on India-China border.

The people of the region have also been protesting against the denial of fundamental rights and policies. They accuse the administration of exercising high handedness in dealing with those who demand their rights.They have threatened to scale up their protests if Baba Jan and other activists who are in jail for years are not released immediately.

Gilgit Baltistan, earlier known as Northern Areas has been governed by the “Gilgit-Baltistan Empowerment and Self-Governance Order of 2009”, which established an electoral framework. Elections have been held in the region under the Order that provides for only limited autonomy.

he people accuse Pakistan of systematically exploiting the region of its resources and sharing no dividends with them.Any resistance they say meets brutal government reprisal with activists and leaders hounded, arrested and tortured. 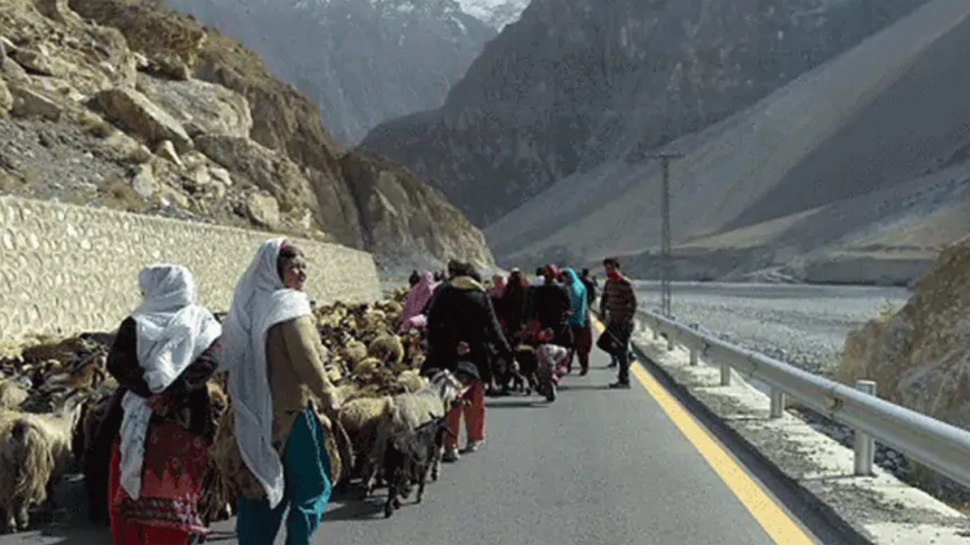