US economists Paul Milgrom and Robert Wilson won the 2020 Nobel Economics Prize for improvements to auction theory and inventions of new auction formats, the Royal Swedish Academy of Sciences said on Monday.

“The new auction formats are a beautiful example of how basic research can subsequently generate inventions that benefit society,” the academy said in a statement.

The economics prize, won by such luminaries as Paul Krugman and Milton Friedman in the past, was the final of the six awards in 2020, a year in which the Nobels have been overshadowed by the COVID-19 pandemic.

The traditional gala winners’ dinner in December has been cancelled and other parts of the celebrations are being held digitally to avoid the risk of spreading the infection.

The 10-million-Swedish-crown (USD 1.14 million economics prize is not one of the original five awards created in the 1895 will of industrialist and dynamite inventor Alfred Nobel, but was established by Sweden’s central bank and first awarded in 1969.

The Norwegian Nobel Committee plans to go ahead with an award ceremony, albeit in a reduced format due to the coronavirus pandemic, in Oslo on December 10, the anniversary of the death of Alfred Nobel. 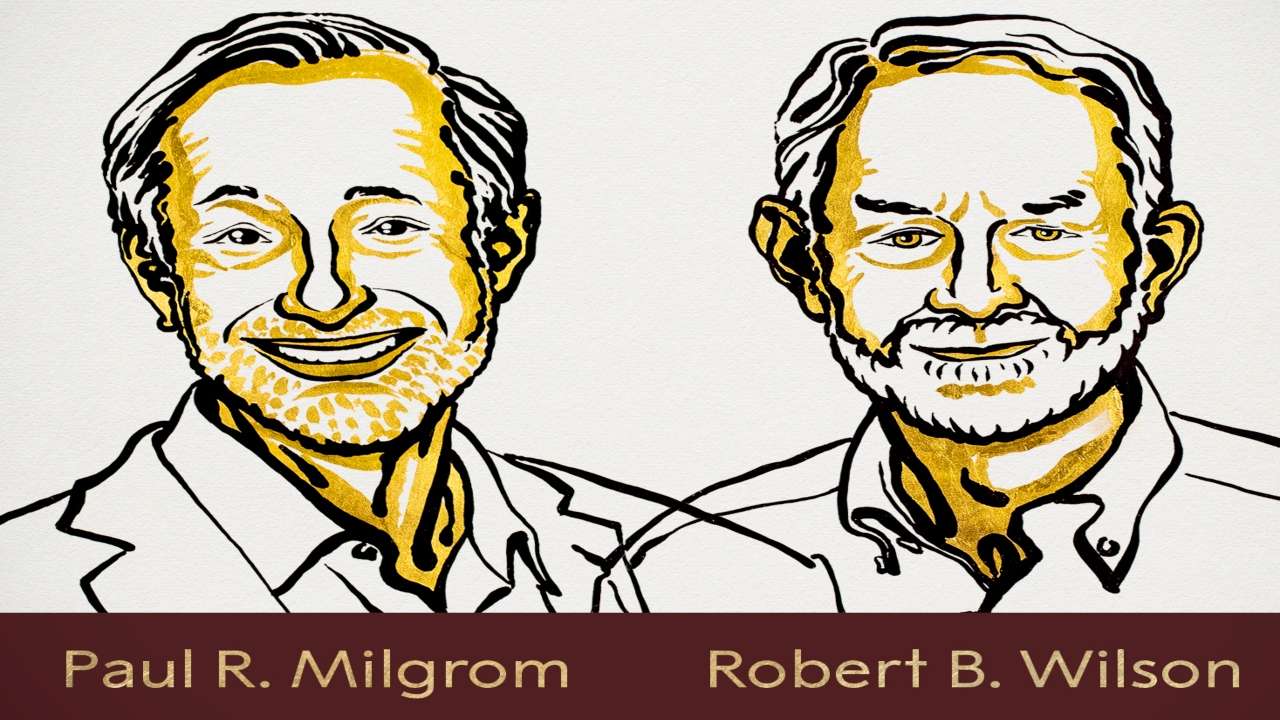