Kim became visibly emotional as he thanked the troops for their sacrifice in responding to natural disasters and preventing a coronavirus outbreak.

He said he was grateful that not a single North Korean had tested positive for the disease, an assertion that South Korea and the United States have previously questioned.

While attendees at other celebratory events were shown wearing masks, no one at the parade appeared to be wearing them.

Kim said he hoped that North and South Korea would join hands again when the global coronavirus crisis is over.

South Korean officials said this week that Kim could use the event as a “low intensity” show of power ahead of the U.S. presidential election on Nov. 3, as denuclearisation talks with Washington have stalled.

In a congratulatory message to Kim for the anniversary, Chinese President Xi Jinping said he intended to “defend, consolidate and develop” ties with North Korea, its state media said on Saturday. 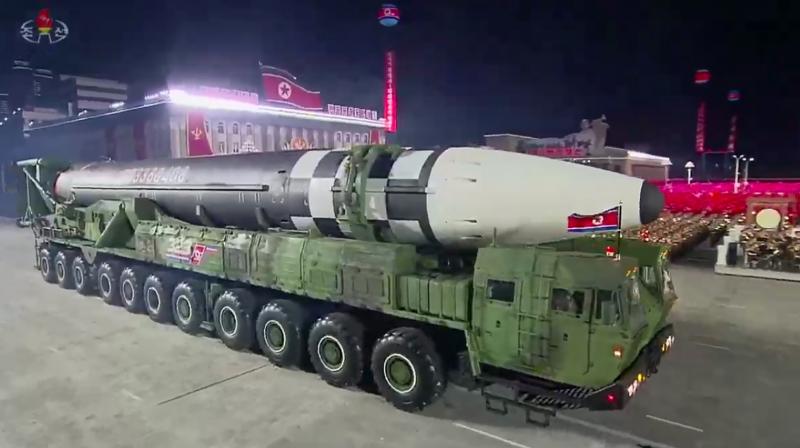 « Love you all, says Donald Trump in his first public appearance after testing COVID-19 positive » Inhaled vaccines aim to fight coronavirus at Its point of attack