Kamala Harris and Mike Pence debate: What to for – via @nytimes

A new campaign front on COVID

It is difficult to overstate how much this debate has been shaped by the COVID-19 pandemic, from President Donald Trump’s hospitalization with the disease to the last-minute skirmish between the Biden and Trump camps over whether Pence — who has interacted with White House advisers who have since tested positive for the coronavirus — should stand behind a protective plexiglass screen.

Pence, as the head of White House task force on the coronavirus, will presumably be pressed to account for the faltering White House response to a pandemic that has killed more than 200,000 people in the United States. Since returning from the hospital, Trump has sought to recast the entire discussion on the pandemic, arguing that the virus is in fact not that serious and that Americans should continue to live their lives.

Will Pence carry Trump’s argument to Harris and the American public Wednesday night? Many polls suggest that it defies the fears of most Americans struggling to navigate the pandemic.

Pence is also likely to be pressed to defend Trump’s actions since his illness was diagnosed — leaving the hospital against the counsel of many medical professionals, minimizing the threat of the virus and dramatically removing his mask when he returned to the White House. The president has offered himself as evidence that COVID-19 can be beaten; does Pence agree with that?

For Pence, it’s not simply a matter of embracing an argument that the president thinks might help him win reelection. This is almost certainly Trump’s last campaign. At 61, Pence is looking at continuing his career in politics. How he handles those questions could end up defining him for a long time.

How does Harris finesse attacking Trump?

But that basic rule of thumb got a little more tricky for Harris. With Trump’s COVID-19 diagnosis and him just being back at the White House after three nights in a hospital, harsh attacks against an ailing president might be politically unwise. The Biden campaign pulled down its negative advertising attacking Trump as soon as he disclosed his diagnosis. Joe Biden has stepped carefully in talking about the president.

Harris, a former prosecutor and a member of the Senate Judiciary Committee, has established her credentials as a tough interrogator with her questioning of officials like William Barr, the attorney general. She knows how to make a case. But can she attack Trump’s handling of the virus — which has come to define his presidency — without veering toward an overly personal attack on a president battling a potentially lethal disease?

It means threading a needle. Harris was an inconsistent debater during the Democratic primary — she had some good moments, and some not-so-good moments before she dropped out. She has never stepped onto this prominent a stage.

How does Harris handle going off script?

Harris, most often remembered for her “that little girl was me” debate moment with Biden during the primary, is talented at delivering the slashing-when-prepared debate lines. That is, after all, the same skill set that she developed as a prosecutor and that elevated her during Senate committee hearings to star status among Democrats as she bore in on Republican witnesses.

To that end, Harris arrived in Salt Lake City last Friday — the same day Trump was checked into the hospital — to begin her on-the-ground debate preparations. Karen Dunn, who readied Sen. Tim Kaine to debate against Pence four years ago, is leading those efforts, which have also included Rohini Kosoglu, Symone Sanders and Liz Allen. Pete Buttigieg, who has played the role of Pence in Harris’ preparations, was spotted in town as well.

But debates are not set pieces and Harris will have to defend not just her own record but also Biden’s — and no candidate can be prepared for every eventuality, no matter how many index cards she studies, especially in 2020.

“This time it will be about requiring some level of knowledge — if not mastery — of Joe’s record, the Vice President Mike Pence’s record, Trump’s record and then of course defending my own record,” Harris said on Hillary Clinton’s podcast last week. “So that’s different.’’

Notably, Biden has undertaken some public rehearsals for his debates, including two televised town halls. Harris has been mostly cloistered since joining the ticket. The debate will be, by far, the most freewheeling exchanges of her time as vice-presidential candidate.

How race and gender play

Clinton, the only woman to serve as a major-party presidential nominee, warned Harris, in so many words, about the corrosive role that sexism will play onstage.

“You should also be prepared for the slights, the efforts to diminish you, you personally, you as a woman, who is about to be our next vice president,” Clinton said on her podcast. “So I do think there will be a lot of maneuvering on the other side to try to put you in a box.”

Academic studies have shown that women face different barriers in terms of public perceon, and Harris is not just a woman but also the first woman of color on a major-party ticket.

Jennifer Lawless, a professor of politics at the University of Virginia who has studied gender dynamics, said that women generally had to show they were capable of standing up to “being bullied” but that Harris faced an extra hurdle.

“Because she is also a woman of color, she also has to walk that ‘Don’t look too angry’ line,” Lawless said. “These are cliche. But they’re cliche because they’re true.”

The mild-mannered Pence is unlikely to bully or even directly broach any gendered lines the way Trump might. But the impact of audience perceon remains.

For months, the Trump campaign has tried to raise doubts about Biden’s fitness while attemng to cast Harris as its true foil, the real — and more liberal — power center in a potential Biden White House.

“She symbolizes everything that ‘Make America Great Again’ wants to push back on by virtue of being a Black woman,” Lawless said.

In 2016, Pence had a clear three-step strategy every time his vice-presidential rival, Kaine, attacked Trump. He offered a quick defense of Trump (Step 1; moved quickly to talk about the aspirations of a Trump presidency (Step 2; and swung into an attack on the Democrats (Step 3.

But striking the balance between attack and defend could be a particular challenge for Pence this time.

For one thing, after four years, there’s more to defend. This would have been a much different debate nine months ago, when Pence could have talked about the humming economy, job growth and a generally confident electorate. Now, Pence is going to be talking about the pandemic, the failure of Congress and the White House to come up with a stimulus plan and an economy that has gone off the rails.

For another, Trump has not had much luck attacking Biden; the former vice president has proved an elusive target, certainly when compared with Clinton. Perhaps Pence will have more success.

But he has a third task as well: attacking Harris. Trump’s efforts at portraying Harris as a stalking horse for more liberal policies, who would be the power behind a Biden presidency, has resonated with the right. But those voters were already with Trump. The task for Pence is to make them resonate with any remaining undecided voters.

Almost every vice-presidential debate is about two elections at once: the current one and the one that will follow — because so many vice presidents, and vice-presidential candidates, eventually run for president. (A quick recent list: John Edwards, Joe Lieberman, George H.W. Bush, Al Gore and, of course, Biden.

This faceoff is especially significant because of how soon Pence and Harris could be leading their parties, given the ages of Trump (74 and Biden (77 and the specter of the coronavirus, from which Trump continues to recover.

Biden has already talked about himself as a “bridge” to the next generation of Democratic leaders. If he wins, he will be enabling Harris to cross that bridge as the first among equals among Democrats vying for that leadership mantle.

Trump has evinced no interest in transitioning out of power or the spotlight, but Pence is widely believed to have presidential ambitions of his own. The former governor of Indiana has treated his vice presidency mostly as an exercise — often a difficult one — to maintain zero political daylight between himself and Trump. But plenty of other Republicans are already circling around the 2024 election and seeking the mantle of Trumpism; Sen. Tom Cotton of Arkansas has been building his profile, and former United Nations ambassador Nikki Haley was recently in New Hampshire. 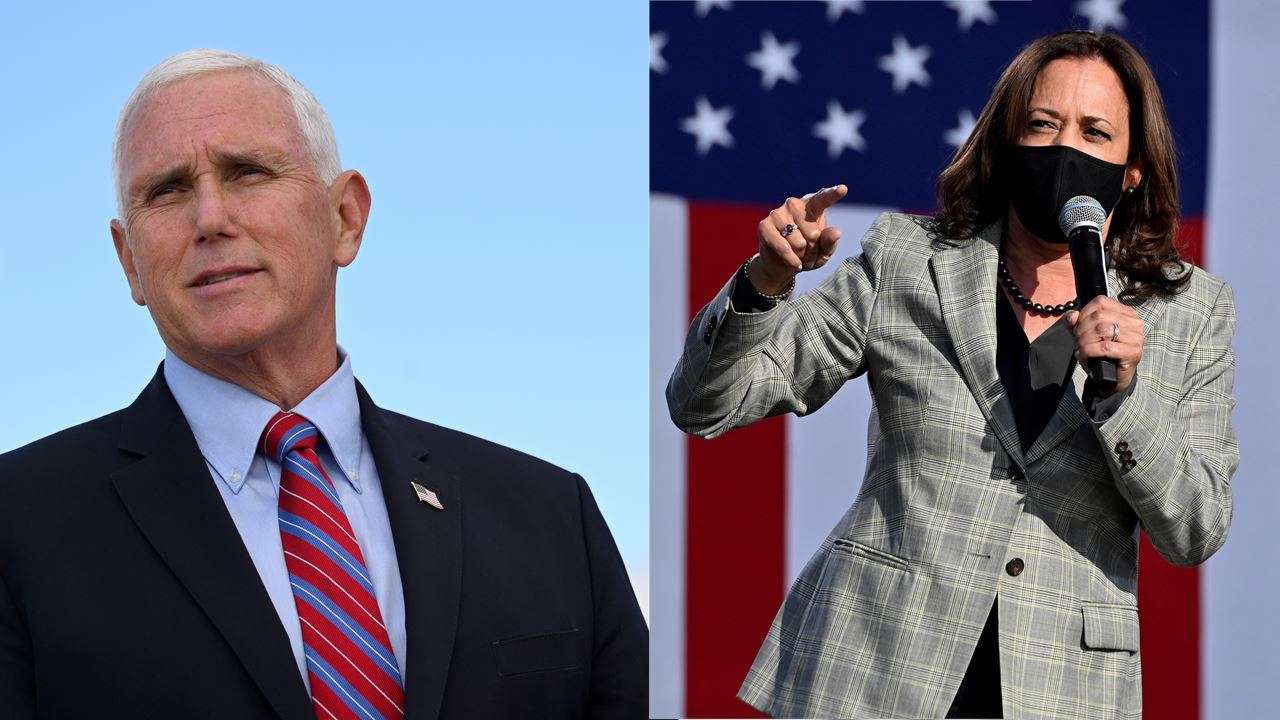