India on Wednesday declined a proposal from Dr Reddy’s Laboratories to conduct a large study on the effectiveness of Russia’s Sputnik V vaccine against the coronavirus, Reuters reported.

An expert panel of the Central Drugs Standard Control Organisation observed that there was not enough data available on the safety and immunogenicity of the vaccine from early-stage trials abroad. The panel also pointed out that no inputs were available about Indian participants. The drug regulator has asked Dr Reddy’s Laboratories to first conduct a smaller trial of the vaccine.

The expert committee looking into Dr Reddy’s Laboratories’ proposal had held a meeting on October 5. “After detailed deliberation, the committee recommended that the firm should follow the regulatory requirements and conduct phase 2/3 trial in the country with proper monitoring for humoral and cell mediated immune response,” it said, according to Deccan Herald.

On October 4, Union Health Minister Harsh Vardhan had also said that no definitive decision had been made on the Russian vaccine. “[Narendra] Modi government will take a decision which is in the best interest of the people of India,” he had added.

The Centre has repeatedly said that India may get its coronavirus vaccine by early 2021.

Russia’s sovereign wealth fund, the Russian Direct Investment Fund or RDIF, and global pharmaceutical company Dr Reddy’s Laboratories had agreed to collaborate on the clinical trials and distribution of the Sputnik V vaccine in India in September.

Russia had on September 10 started inoculating volunteers with the “Sputnik V” vaccine against the coronavirus in Moscow, AFP reported. The country had rolled out the first batch of the vaccines for public use on September 8. The vaccine was found to produce an antibody response in all participants in early-stage trials, according to results published in the medical journal The Lancet.

Russia on August 11 announced they had developed the world’s first coronavirus vaccine, but were criticised by scientists and experts for not conducting Phase 3 trials to determine its safety. A vaccine is deemed safe to be commercially available only after Phase 3 – a much larger efficacy trial involving thousands of participants. The advanced trial for the vaccine began on August 26. 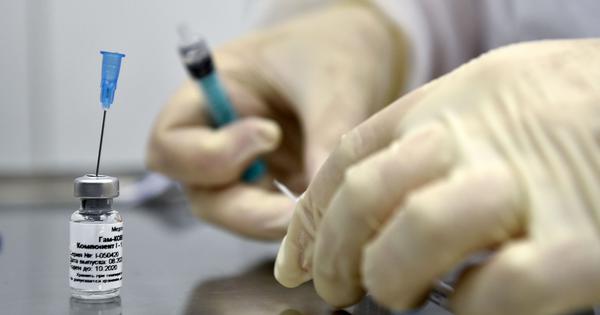