The Hungarian Prime Minister has been a vocal critic of billionaire-philanthropist George Soros for years, arguing that the he is intent on undermining European values with his liberal views on migration

The European Union’s highest court ruled on Tuesday that changes by Hungary to its law on higher education which effectively forced a university founded by George Soros to leave the country were not in line with EU law.

The European Court of Justice ruled against Prime Minister Viktor Orban’s governing, saying in the ruling that “the conditions introduced by Hungary to enable foreign higher education institutions to carry out their activities in its territory are incompatible with EU law.”

The court ruled that by imposing such conditions, “Hungary has failed to comply with the commitments” under the framework of the World Trade Organisation and acted in contravention of the provisions of the EU’s Charter of Fundamental Rights.

Under such a ruling, the member state is legally forced to immediately comply with the Court’s judgment, and if it refuses, the EU Commission can seek to fine it.

At the heart of the conflict is the fate of Central European University, established in New York state by Mr. Soros, a Hungarian-American financier. Under pressure from Mr. Orban, it had to relocate most of its main activities to Vienna from Budapest, where it had been operating since the early 1990s.

Mr. Orban has been a vocal critic of Mr. Soros for years, arguing that the billionaire philanthropist is intent on undermining European values with his liberal views on migration, claims Mr. Soros has denied. Mr. Orban’s ideological aim of creating an “illiberal state” is also in contrast with Mr. Soros’ ideal of an “open society.”

In light of his views on Mr. Soros, the amendments to the academic rules were widely seen as targeting CEU. The EU Commission launched an infringement procedure in April 2017 against Hungary in the wake of the changes. It subsequently referred Hungary to the Court of Justice in December 2017. 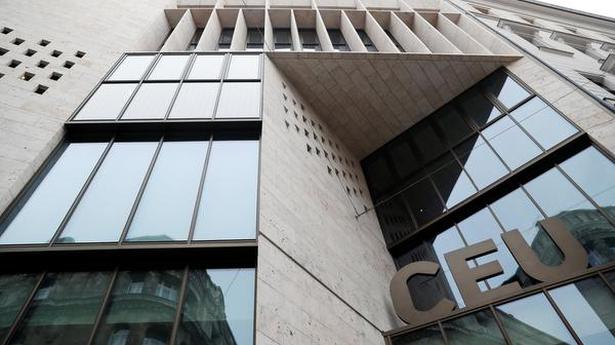