President Donald Trump said from his hospital room on Saturday that he felt “much better” but the next few days will be “the real test” of his treatment for COVID-19, capping a day of contradictory messages from the White House about his condition.

In a four-minute video posted on Twitter, Trump, looking tired and wearing a jacket and open-necked shirt, said he “wasn’t feeling so well” when he first arrived at Walter Reed National Military Medical Center on Friday.

“Over the next period of a few days, I guess that’s the real test, so we’ll be seeing what happens over those next couple of days,” Trump said, seated at a round table in front of an American flag.

The remarks came hours after differing assessments of his health from administration officials left it unclear how ill the president had become since he tested positive for COVID-19 on Thursday night, a matter of enormous public concern.

A White House team of doctors said on Saturday morning that Trump’s condition was improving and that he was already talking about returning to the White House. One doctor said Trump told them, ‘I feel like I could walk out of here today.’

Within minutes, White House chief of staff Mark Meadows gave reporters a less rosy assessment, telling them, “The president’s vitals over the last 24 hours were very concerning and the next 48 hours will be critical in terms of his care. We’re still not on a clear path to a full recovery.”

Meadows, whose initial comments were delivered on condition that he not be identified, altered his tone hours later, telling Reuters that Trump was doing “very well” and that “doctors are very pleased with his vital signs.”

Meadows did not clarify the discrepancy in his comments. A Trump adviser who spoke on condition of anonymity said the president was not happy to learn of Meadows’ initial remarks.

Administration officials have described the move to Walter Reed as precautionary and said Trump would stay at the hospital for several days.

Another source who was briefed on Trump’s condition said the president was given supplemental oxygen before he went to the hospital. The decision to hospitalize Trump came after he had experienced difficulty breathing and his oxygen level dropped, according to a source familiar with the situation.

White House doctor Sean P. Conley told reporters outside the hospital on Saturday that Trump had not had trouble breathing, and was not given oxygen at Walter Reed.

“The team and I are extremely happy with the progress the president has made,” Conley said.

He declined to give a timetable for Trump’s possible release from the hospital, and later had to issue a statement saying he misspoke after appearing to suggest Trump had been diagnosed as early as Wednesday.

In a statement on Saturday evening, Conley said the president was “not yet out of the woods” but his team remained cautiously omistic.

“Today’s spectacle – doctors saying one thing, White House sources saying another thing, and both later amending their statements – only reinforces the credibility problems of this administration,” said Kyle Kondik, a political analyst at the University of Virginia’s Center for Politics. 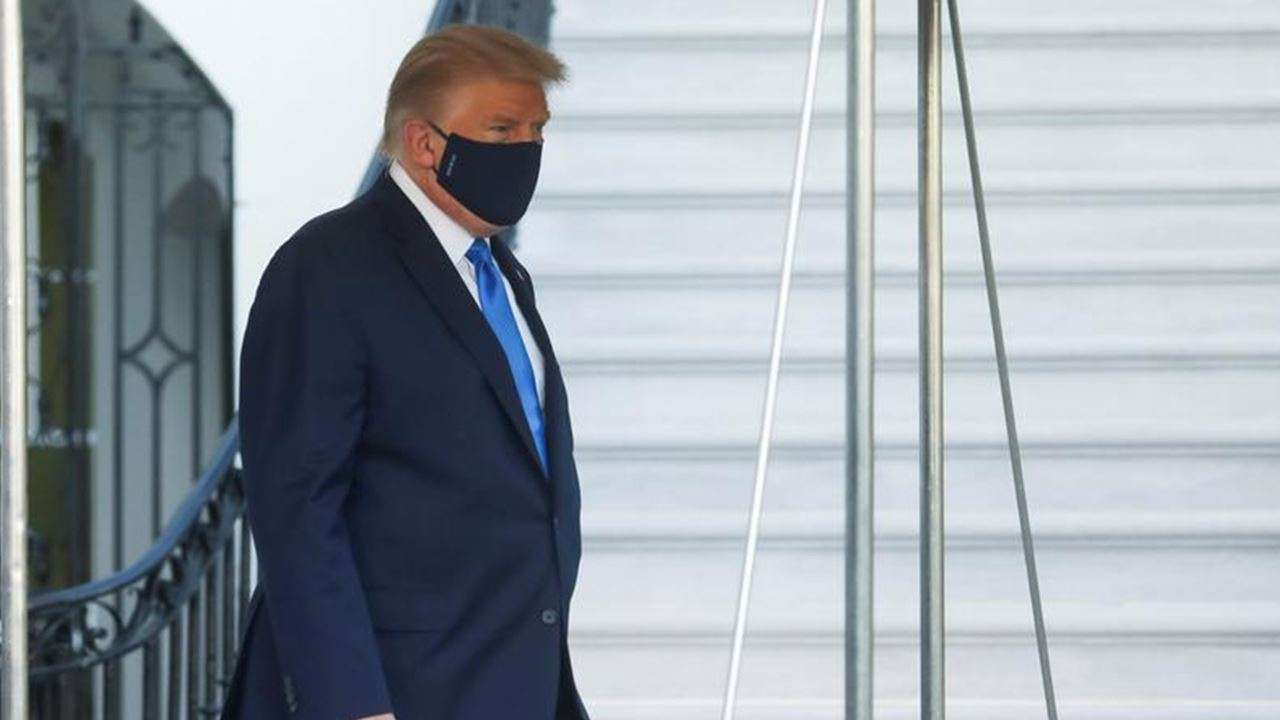