US President Donald Trump, who was tested coronavirus COVID-19 positive a few days ago, on Sunday (October 4) briefly left the hospital in a motorcade to greet his supporters who were standing outside the hospital.

Earlier, President Trump had tweeted that he would make a surprise visit. Trump was spotted wearing a mask and he waved from the back seat of a black SUV to his supporters who were standing in front of the Walter Reed National Military Medical Center, where Trump was admitted after testing coronavairus positive. Prssident Trump’s supporters waved Trump 2020 flags and chanted “USA! USA!”

#WATCH | US: President Donald Trump waves at supporters from his car outside Walter Reed National Military Medical Center where he is being treated for COVID-19. pic.twitter.com/p5Fp48C9RB

Donald Trump declared, “I get it,” in a message to the nation before briefly leaving the hospital. “It’s been a very interesting journey. I learned a lot about Covid,” Trump said, standing in his hospital room in a video posted on social media. “I learned it by really going to school.”

It is to be noted that President Trump decided to leave the hsopital hours after his medical team confirmed that his blood oxygen level dropped suddenly twice in recent days. But it is learnt that President Trump could be discharged on Monday and continue his treatment from White House.

Menahwile, several people have slammed President Trump’s decision to get out of the hospital despite testing coronavirus positive.

“Every single person in the vehicle during that completely unnecessary presidential ‘drive-by’ just now has to be quarantined for 14 days. They might get sick. They may die. For political theater. Commanded by Trump to put their lives at risk for theater. This is insanity,” Dr James P. Phillips, an attending physician at Walter Reed, tweeted.

“That Presidential SUV is not only bulletproof, but hermetically sealed against chemical attack. The risk of Covid-19 transmission inside is as high as it gets outside of medical procedures. The irresponsibility is astounding. My thoughts are with the Secret Service forced to play,” he added. 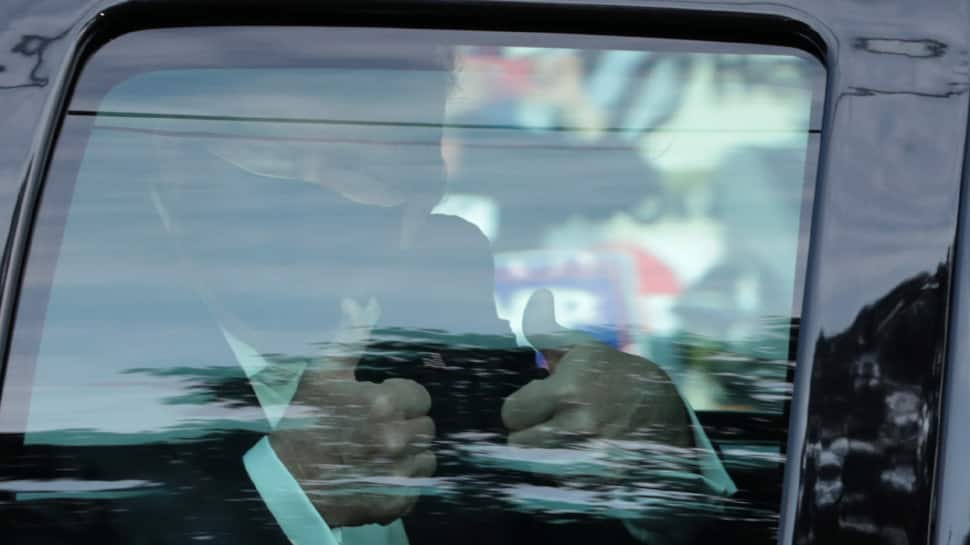