Has Manaus in Brazil become the first city to reach herd immunity for coronavirus?

Two years ago, I visited the Brazilian city of Manaus at the start of a trip through the Amazon. Since my childhood, I had been fascinated by this dot on the map that sits at the centre of the Amazon basin at the confluence of the Amazon and Rio Negro rivers.

The city is ultra tropical, with life very much lived on the street in an intense atmosphere. I felt it had a slightly oppressive feel, giving the impression that either the river or the encroaching forest could claim it back for nature at any moment. Against this background, it was interesting to hear that Manaus is now regarded as one of the most coronavirus-infected cities in the world, with 44%-66% of the population infected, and is at the centre of a debate about herd immunity.

To an infectious disease and vaccine expert, herd immunity is a common term, but it is now becoming part of lay language and debate. Interestingly, although it is a critical component of how the spread of infections is limited, very few people really understand it and even fewer can actually measure it. Many infectious diseases naturally move through populations as incidence waves where rates of infection increase or decrease cyclically.

Before public health interventions, the incidences of diseases such as whooping cough and measles oscillated over a period of several years. This was put down, at least in part, to herd immunity. As a wave moves through a city or region, people become immune and the disease dies down.

Over time, immunity can wane. Also, babies are born and vulnerable people move into a city and herd immunity declines, precipitating the next wave. Herd immunity is much about breaking transmission. Protected individuals protect others from disease by not infecting them, breaking the transmission chain. They reduce the now-famous R number.

Even this is not so easily understood as some diseases such as flu escape immunity by varying their structure, and others, such as typhoid, manipulate natural immunity so that protection does not easily build up. Even with herd immunity present, the disease agent does not disappear but is suppressed. It can stay on in the soil or water, as with cholera, or even in human carriers, as with typhoid.

Natural infection is one way of inducing herd immunity. The other is by vaccination. Vaccines can artificially induce protection in people who have never been infected and break the natural transmission cycle. Indeed, routine vaccination has reduced incidence rates for many diseases and has eradicated one – smallpox.

It is important to understand that vaccines usually induce protection differently to natural infection. So even for diseases where the natural infection is not completely protective, a vaccine can be. This is one area often misunderstood in the media.

Also, although vaccines protect they do not always eliminate the disease from a population. A classic example is a whooping cough, which can persist as an almost asymptomatic disease in adults who can then reinfect unprotected children.

How do we measure herd immunity? Actually, this is really difficult. Many people think that you can just measure antibodies in the blood. Unfortunately, this is not the case for many infections – antibodies do not always correlate with protection. This is in part the problem with the claim that Manaus is acquiring herd immunity. Antibodies also tend to wane over time, and herd immunity can quickly disappear.

Measuring herd immunity accurately needs a carefully constructed field study, set up to distinguish between those directly protected by a vaccine and those indirectly protected by vaccinated individuals. It is a statistical challenge that relatively few investigations have achieved.

Proving herd immunity in Manaus will be a challenge without a true correlate of protection or a carefully designed study. However, it will be interesting to how the Covid-19 infection rate trends in the next year. Indeed, early evidence suggests that rates are on the rise once again in the city.

Undoubtedly, the debate about herd immunity will continue, but the science is much more murky and difficult to both grasp and measure. 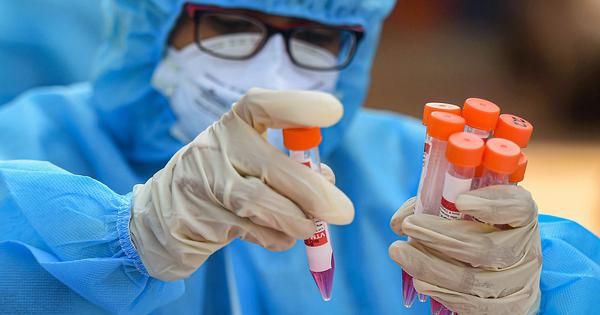