New Delhi: US President Donald Trump on Friday confirmed that he was being moved to a military hospital for treatment after being diagnosed with COVID-19. Trump will be staying at the Walter Reed hospital for the next few days following a recommendation from his physician and medical experts.

Trump’s administration and election campaign scrambled to adjust to his scheduled rallies and meets as the development comes ahead of the scheduled November 3 presidential elections.

The President and First Lady Melania Trump had tested positive for the novel coronavirus on Thursday night.

Trump posted a video message posted on Twitter thanking everyone for showing their support. He wrote” “I want to thank everybody for the tremendous support. I`m going to Walter Reed hospital. I think I am doing very well but we are going to make sure that things work out. The first lady is doing very well.”

Prior to his post, White House Press Secretary Kayleigh McEnany had said that “out of an abundance of caution”, Trump would be working from the presidential offices for next “few days” at the hospital.”

Trump is at high risk because of his age and weight. He has remained in apparent good health during his time in office but is not known to exercise regularly or to follow a healthy diet.

White House physician Sean Conley in an official note had said: “As of this (Friday) afternoon the President remains fatigued but in good spirits. He`s being evaluated by a team of experts, and together we`ll be making recommendations to the President and First Lady in regards to next best steps.”

Trump, 74, has a mild fever, and is being treated with an experimental drug cocktail and is “fatigued but in good spirits”, Reuters said quoting a source. 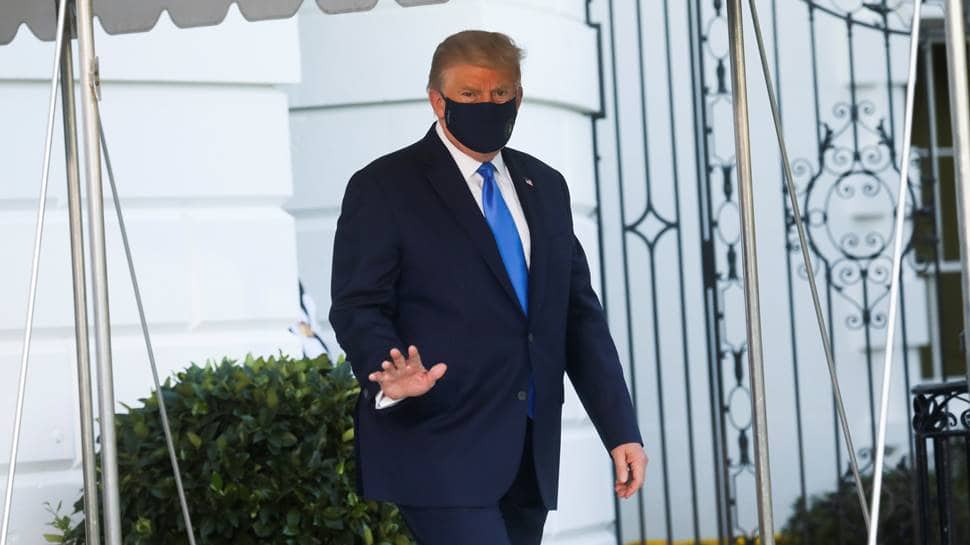