Pakistan to make Gilgit-Baltistan a province: A move to please China?

Gilgit-Baltistan (GB, which is part of the disputed territory of Kashmir region between India and Pakistan, is on its way to become the fifth province of Pakistan. The announcement was first made by the country’s federal minister for Kashmir and Gilgit-Baltistan Affairs, Ali Amin Gandapur.

The minister said that Prime Minister Imran Khan would soon visit the region and make a formal announcement in this regard. “After consultation with all stakeholders, the federal government has decided in principle to give constitutional rights to Gilgit-Baltistan,” the minister told a delegation of journalists from GB. “Our government has decided to deliver on the promise it made to the people there.”

While on the face of it, the government is leading the process, in reality, behind the scenes, the Pakistan Army is the one pushing for this change, and there came a rare admission of that, when the Pakistani media reported a dinner-meeting between the Pakistan Army Chief General Qamar Javed Bajwa, and other senior military generals with several parliamentarians from the opposition. The purpose of the meeting was to discuss the upcoming elections in GB, and the streamlining of the transition, being viewed as a national security matter. However, the clandestine meeting which was held at the Pakistan Army headquarters known as the GHQ has now become controversial because some leading Pakistani politicians have come forward questioning the legitimacy of holding a meeting at the GHQ, instead of the parliament, and have termed this as an interference of the military in politics of the country.

One of them leading the charge is Maryam Nawaz, the daughter of former Pakistani Prime Minister Nawaz Sharif, who is currently in self-imposed exile in London. When asked about the dinner-meetup and here views on it, she came out strongly against it.

“I don’t know about a dinner, maybe it was not a dinner [but] I heard about the meeting. From what I understand it was called to discuss Gilgit-Baltistan which is a political issue, an issue of the people’s representatives, for them to solve and deliberate upon. These decisions should be made in parliament, not in GHQ,” she said, adding that she was not aware if her father, Mr. Sharif, whose party leads opposition in the parliament, knew of the meeting beforehand.

“But the political leadership should not be called nor should it go to discuss such issues. Whoever wishes to discuss these issues should come to the parliament,” she added, creating a political storm, that continues to wreak political havoc in the country, pushing the original issue of discussing GB’s transition to a provincial status into the background.

However, that is not the only criticism this move has attracted.

NO POLITICAL RIGHTS FOR THE PEOPLE OF GILGIT-BALTISTAN

GB for long has been neglected, and has remained in a constitution and administrative limbo, because of the lack of clarity on its status and the deprivation locals have felt because of it.

When the Kashmir conflict began in 1947, GB was treated as part of Kashmir region, but in the 1970s, the country’s ruling elite decided to carve it out of Kashmir, and make it an administrative unit, directly controlled by Islamabad. Since then, local politics has been sidelined in the region. 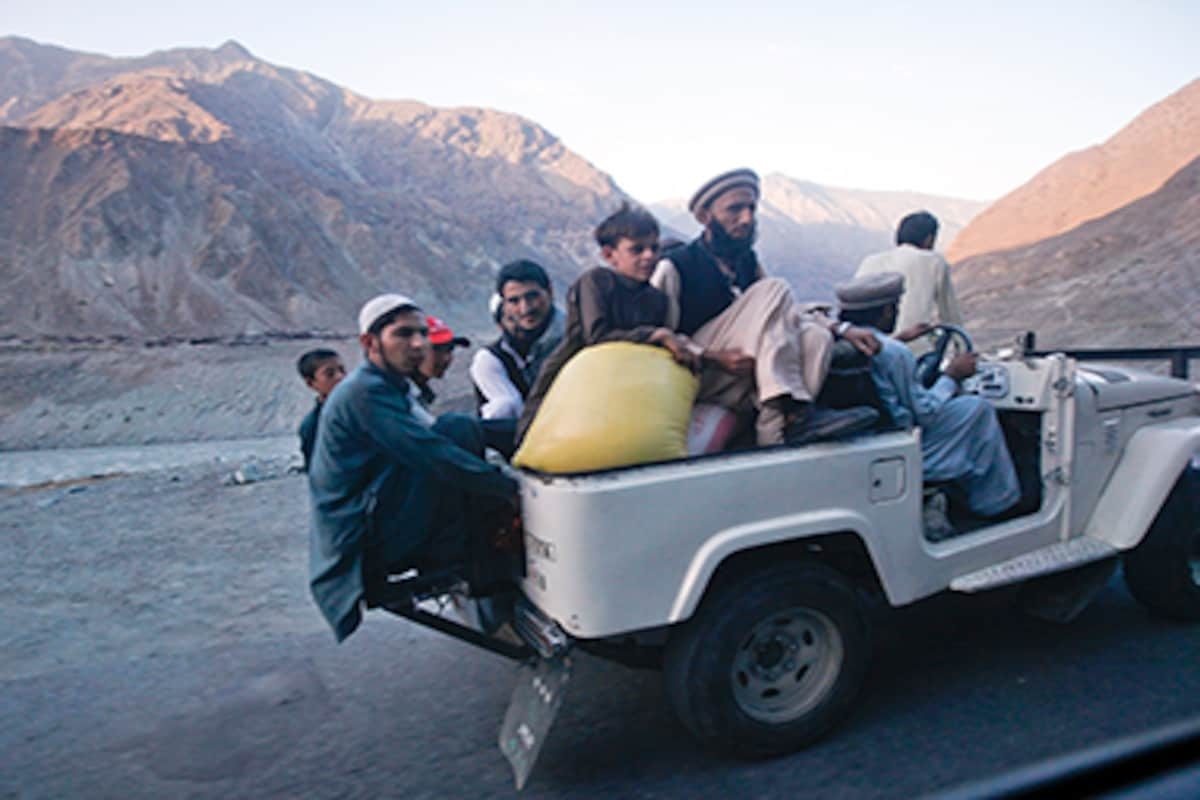 Gilgit-Baltistan for long has been neglected, and has remained in a constitution and administrative limbo, because of the lack of clarity on its status and the deprivation locals have felt because of it. (Photo for representation: Reuters

“All of legal and administrative changes we see in Gilgit Baltistan, the decisions are made in Islamabad and imposed on us,” says Iman Shah, a local journalist, who covers politics and use to be a political activist.

Shah says the only indigenous local party was banned, and now only Pakistan-based parties exist in the region.

“The government banned Balwaristan National Front, and called anyone working for it a foreign agent — a tactic that’s easy to apply to silence any opposition,” Shah adds.

Another local political activist, Baba Jan was jailed in 2011 under Pakistani anti-terrorism laws for participating in a protest over the killing of a man and his son. The two were allegedly shot dead by the police in an earlier protest demanding compensation for a landslide incident that had destroyed their village.

But Islamabad does not just control local politics in GB with an iron-hand. Kashmiri political parties are also not allowed in the region. And the policy makers in Islamabad has also been actively changing the demographics by bringing in outsiders to the region, a policy Shah calls “a balancing act”.

“The Pashtuns have been encouraged to settle here. Then a lot of religious groups belonging to Sunni school of thought in Islam have been pouring in,” Shah explains.

But such demographic re-engineering has led to increase in sectarian and ethnic violence in the area. Recent years have seen a rise in killings of Shia Muslims, and some suspect that the state is complicit in these acts of terror.

“The first time there were Shia Sunni tensions, it was done by the Pakistani state, during the seventies. This was the same time when Karakoram Highway was being built [that connects Pakistan with China]. The state sowed division so that it could move in under the pretext of security,” says Senge Hasnan Sering, an activist from Gilgit-Baltistan, who lives in exile.

In a recent online video interview, Mr. Sering explains that Pakistani dictator General Zia ul Haq also fanned anti-Shia sentiment during his tenure in the eighties because the then military government wanted some villages along the highway to be removed.

“These villages were occupied by local Shias who did not want to move from there, so Sunni extremists came and attacked them and ransacked the villages,” he adds.

Since then, Shia Sunni tensions have only exacerbated. In 2012, a bus headed to the region with 20 Shias was stopped by Sunni militants. All were shot dead after being verified as Shias by the attackers.

But local intelligence officers downplay these tensions, perhaps in a bid not to worry China, which is heavily invested in this region. “The tensions were in the past. Now its more peaceful. We know there are sectarian issues but we are dealing with them,” says a military official who is posted in the area.

CHINA’S ROLE IN THE REGION

Earlier, China’s involvement was restricted to investing in the mining and transport infrastructure, but now it wants to expand its footprint. The China Pakistan Economic Corridor (CPEC which is experts believe is a debt-trap for Pakistan has a major chunk of its route passing through Gilgit-Baltistan region. And therefore some believe China maybe lobbying Pakistan to regularize the region so as to protect its investments.

“The western route of CPEC goes through GB and it seems China is advising Pakistan to move on and accept the status quo with regards to the Kashmir conflict. It wants to consolidate all areas under CPEC to use it productively for the project,” says Dr. Ayesha Siddiqa, a Pakistani scholar who is a research associate at a university in London.

Dr. Siddiqa believes that Pakistan Army can no longer solve the Kashmir issue, which includes GB region, militarily. But there is a caveat though she says.

“If Pakistan ends up converting GB into a province, then it will no longer have any justification to protest India’s move to change the status of Kashmir under its control,” she adds, referring to the recent move of Delhi in August 2019 of revoking Article 370 from the Indian Constitution that took away the special status Kashmir enjoyed.