In an unbelievable incident, a Colombian woman who went missing around two years ago was found alive at sea few days ago. Angelica Gaitan was spotted by some Colombian fisherman when she was floating off the coast of Colombia, reported The Sun. The footage of the rescue of 46-year-old woman has now gone viral on social media.

Gaitan was found by fisherman Rolando Visbal and his friend around 2 miles away from the shore of Puerto Colombia on Saturday.

Visbal took to Facebook to share the footage of the dramatic rescue. In the video shared by Visabl, he and his friend can be seen maneuvering their boat toward Gaitan, who was floating on water in an unresponsive state.

According to the New York Post, Visbal and his friends mistook her for a piece of driftwood and they realised that she was a woman when she raised her hand to signal for help. Gaitan was suffering from hypothermia after staying afloat for more than eight hours.

Gaitan’s first words after being rescued by Visbal and his friends were reportedly “I was born again, God did not want me to die.”

Talking to RCN Radio, Gaitan revealed her story and said that she decided to run away from home in 2018 after suffering years of domestic abuse from her ex-husband.

“For 20 years I had a toxic relationship,” Angelica Gaitan said. “The abuse began during the first pregnancy. He beat me, he violently abused me. In the second pregnancy the abuse continued and I could not get away from him because the girls were small.”

Gaitan added that she had approached the police to register complaints against her former husband but the cops failed to address her concerns.

In September 2018, she finally ran away from home and moved around in streets for six months before finding a place to stay at city centre. “I did not want to continue with my life,” said Gaitan. “I wanted to end everything, I had no help from anywhere not even from my family, because this man kept me away from my social circle, that’s why I didn’t want to continue living.”

Gaitan said she decided to “jump into the sea” but does not remember anything after that. “The man who rescued me in the middle of the sea told me that I was unconscious, floating,” she said. 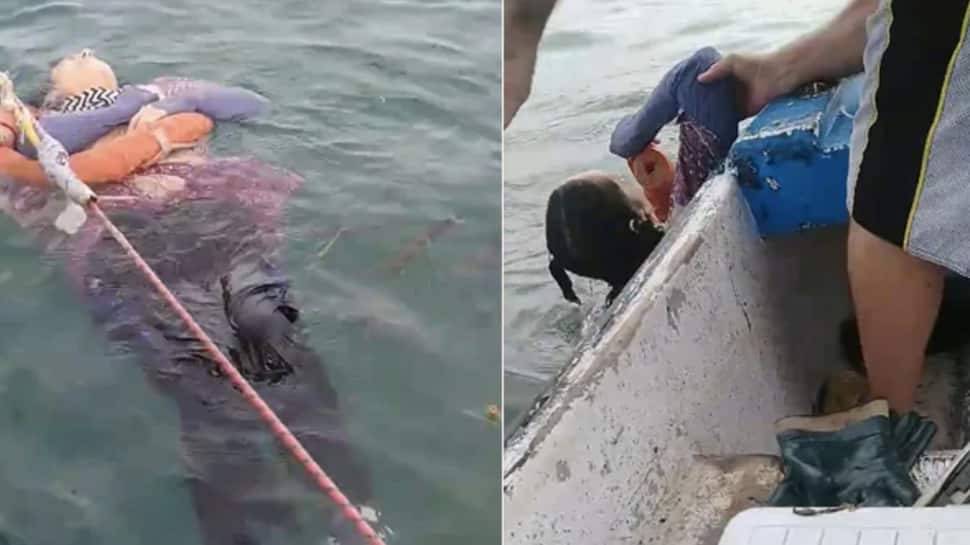