Lahore: Pakistan’s leader of the Opposition and PML-N President Shahbaz Sharif was arrested on Monday after the Lahore High Court rejected his bail plea in a Rs 7 billion (USD 41.9 million) money laundering case.

Shahbaz, the younger brother of former premier Nawaz Sharif, was arrested by the country’s anti-graft body National Accountability Bureau (NAB) a week after the Opposition parties launched an alliance to hold a countrywide protest movement to oust the Imran Khan government.

Shahbaz, 69, was taken into custody from the court’s premises, where a large number of PML-N workers gathered ahead of the hearing. The NAB took him to its Lahore’s detention centre and will produce him to the accountability court for his physical remand.

The LHC’s two-member bench headed by Sardar Ahemd Naeem rejected his bail after hearing the arguments from the NAB’s team and Shahbaz’s lawyer. The Imran Khan government last week filed the money laundering case against Shahbaz, who served as chief minister of Punjab from 2008 to 2018, and his family.

Adviser to the Prime Minister on Interior and Accountability Shahzad Akbar on September 23 alleged that Shahbaz and his sons Hamza and Salman were involved in money laundering through fake accounts.

Akbar said the financial monitoring unit had detected 177 suspicious transactions of Shahbaz’ family after which NAB started a probe. He alleged that billions of rupees were laundered through employees of the companies owned by Shahbaz and his children.

Akbar accused Shahbaz and Hamza of taking kickbacks and commissions in return for party tickets and projects to favourites. Before his arrest, Shahbaz told media that Prime Minister Khan wanted to have him arrested. “It is the unholy alliance of Imran Khan and NAB that wanted to put me behind bars,” Shahbaz said.

Reacting to his arrest, PML-N spokesperson Maryam Nawaz said Shahbaz has been arrested only because he did not leave his elder brother. Alleging that it was political victimisation by the government, she said, “This politics of vengence cannot dampen the spirits of our workers.”

The Opposition was anticipating a strong reaction from the government following Nawaz Sharif’s attack on the military in the multi-party conference over a week ago. Sharif while addressing the conference via video link from London talked about the Army’s involvement in politics, saying in the country “there is a state above the state.”

He said that the joint Opposition’s struggle is not against Khan but against those who imposed an “inefficient” man on the nation through a rigged election in 2018.”

The Opposition is anticipating more arrests. The NAB has already issued a call-up notice to JUI-F chief Maulana Fazlur Rehman who is also leading the joint opposition’s campaign against the government in the income beyond means case. 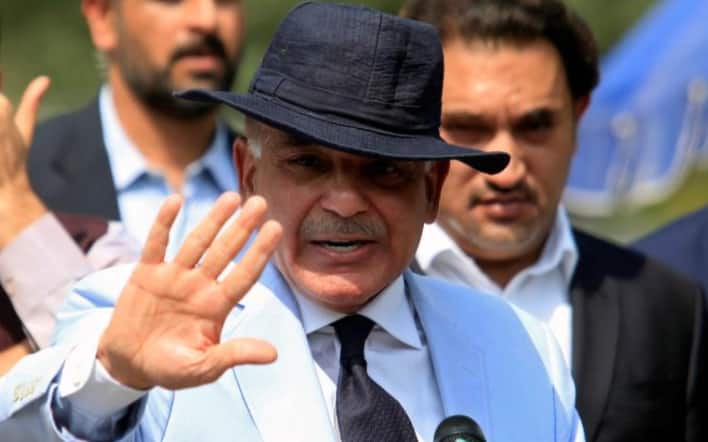