China is in the spaceplane club now. The China Aerospace Science and Industry Corporation — the country’s main space contractor — had been toying with the idea of a spacecraft for the last five years, and on September 4 launched an experimental reusable spaceplane on a two-day orbital mission.

The first scaled-down model of a spaceplane was tested in February 2018 which was confirmed by scientists Ye Youda and Liu Gang. The spaceplane can be used for both civil and military purposes. It can carry a payload that can either be placed in the space orbit or delivered to the Earth’s surface as and when required. 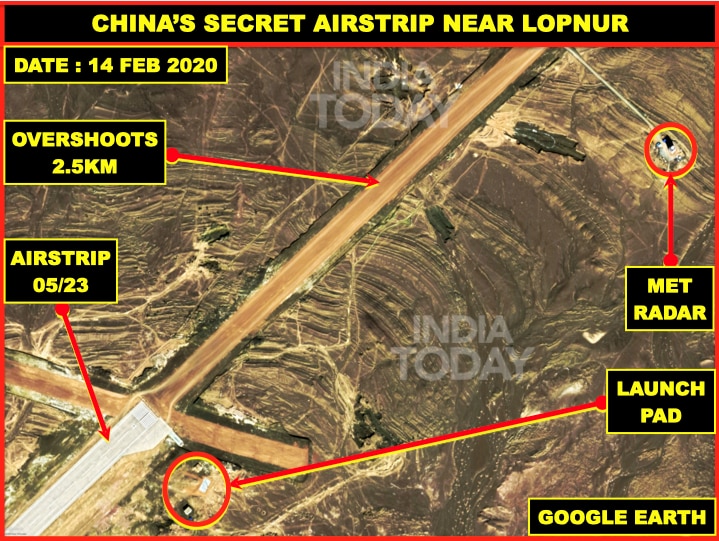 There are two large launch pads with one 15m X 30m and another 20m X 20m. There is a small antennae field of 15m X 15m size and solar panels for electricity supply to the facility.

There are three staff barracks and a large tall hangar of 25m X 50m size possibly for temporary storage of test articles. A possible meteorological radar is visible at the north-eastern side of the main runway halfway down the overshoot.

(Col Vinayak Bhat (Retd is a consultant for India Today. A satellite imagery analyst, he served in the Indian Army for over 33 years