Over 100 lawmakers in UK condemn China’s abuse of Uighurs

London: More than 100 British lawmakers signed a letter to the Chinese ambassador Wednesday condemning what they described as ‘a systematic and calculated programme of ethnic cleansing against the Uighur people’ in China’s far western Xinjiang region.

“When the world is presented with such overwhelming evidence of gross human rights abuses, nobody can turn a blind eye,” said the cross-party letter, which was signed by 130 lawmakers.

“We as Parliamentarians in the United Kingdom write to express our absolute condemnation of this oppression and call for it to end immediately.”

The letter referred to reports of forced population control and mass detention of Uighur Muslims in Xinjiang, as well as video apparently showing a large number of blindfolded and shaven men waiting to be loaded onto trains.

The lawmakers said the video which was recently shown to Chinese Ambassador Liu Xiaoming during a BBC interview bore ‘chilling’ similarities to footage of Nazi concentration camps.

Chinese officials have repeatedly derided allegations of genocide, forced sterilisation and the mass detention of nearly 1 million Uighurs in Xinjiang as lies fabricated by anti-China forces.

They maintain that the Uighurs are treated equally and that the Chinese government always protects the legitimate rights of ethnic minorities.

Asked Wednesday about whether he would take action on the issue, Prime Minister Boris Johnson said Britain raises such concerns “directly with the Chinese authorities and we’ll continue to do so in the G-20, at the UN and in every other context.” 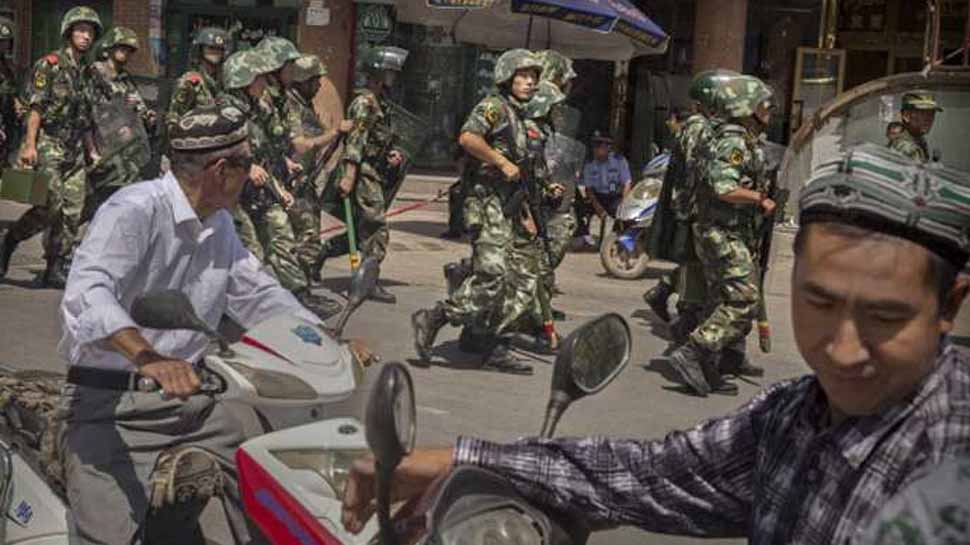